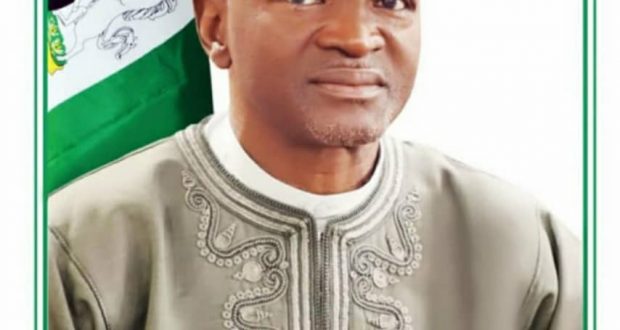 …………by Bukar Ibrahim…….
The Minister of Environment, Dr Mohammad Abubakar has said that Nigeria will benefit from a $5 billion grants and $14 billion loan which will be attracted to the Pan- African Agency of Great Green Wall (PGGW)

The loans and grants from PGGW is expected to be used for environmental remediation. Abubakar pointed out that the delay on the Ogonni clean up exercise is attributable to the constant vandalisation of oil Pipelines in the Niger Delta.

According to Abubakar this moneies are coming from the International Monetary Fund (IMF) and European Union (EU) Bank as they had expressed support for the GGW programme.

However, he said that Nigeria will benefit from these funds if President Mohammadu Buhari assumes the president of PGGW. The Minister explained that the PGGW comprises 11 countries; Nigeria, Burkina Faso, Chad, Djibouti, Eritrea, Ethiopia, Mali, Mauritania, Niger, Senegal and Sudan,

Abubakar while briefing the press in Abuja on the recent recent developments in the environment sector on Wednesday, in Abuja, said that Nigeria will assume the presidency of the GGW and will soon host the council of presidents of the GGW countries.

According to him, the council believes that President Muhammadu Buhari of Nigeria was capable of taking the GGW delivery structure to a higher level, if he becomes the Chairman of the Summit of Heads of State and Government of PAN-GGW.

“If the Nigerian President takes over the leadership of the PAN-GGW, it would be easier for the GGW programme to access about $5 billion USD as grant and $14 billion USD soft loan available out there. This is because of the respect the world has for the President” he said.

The minister said that on July 29, 2021 at the 7th Ordinary Session of the Council of Ministers of the PAGGW in Nouakchott, Mauritania, the council adopted some development reports.

“The reports included that of Nigeria hosting the 8th ministers meeting of the PAGGW later in the year, as well as hosting the 5th summit of the Heads of State and Government virtually in September, 2021.

The Minister, who also gave an update on the Ogoni cleanup, blamed vandalism of pipelines by the communities and other issues of insecurity as the reasons for the delay in cleaning up Ogoniland.

Abubakar said following the constant pipeline vandalism the government decided to engage the youths with jobs, so that they might not have the time to break the pipelines.

“The government also decided to provide water to the communities, being one of the needs of the people.

“Before the President Muhammadu Buhari administration, the cleanup committee was domiciled in the Ministry of Petroleum, which was a misplacement.

“So, on assumption of office, the administration returned it to the Ministry of Environment.

“On Aug. 4, 2011, exactly 10 years today, the United Nations Environment Programme (UNEP) submitted their report of Environmental Assessment of Ogoniland to the Federal Government, which they were commissioned to undertake.

“In July 2012, as a follow-up action, the Federal Government established the Hydrocarbon Pollution Restoration Project (HYPREP), under the Ministry of Petroleum, to implement the UNEP Report, the project could not take off properly.

“In June 2016, Buhari, represented by Vice President, Prof. Osibanjo, inaugurated the Ogoniland cleanup at Bodo Waterside, in fulfillment of his election campaign promise in 2015.

“After about two years of careful logistic arrangements, community contacts and technical preparations, the first phase of 21 clean-up and remediation contracts were rolled out.

“Then followed by another set of 29 remediation and 7 tier-2 assessment contracts in 2020.

“The cleanup had trained the youths for sustainable alternative livelihood and provided a Public Health Inventory, Environmental Surveillance and construction of Centre of Excellence for Environmental Studies/Remediation.

“In addition, we are also constructing HYPREP area offices in each of four Local Government Area Councils in Ogoniland. This will bring the project closer to the benefitting communities.

“We are in the process of engaging about 500 Ogoni youths across the four LGAs, as special community security agents for the project” he said.