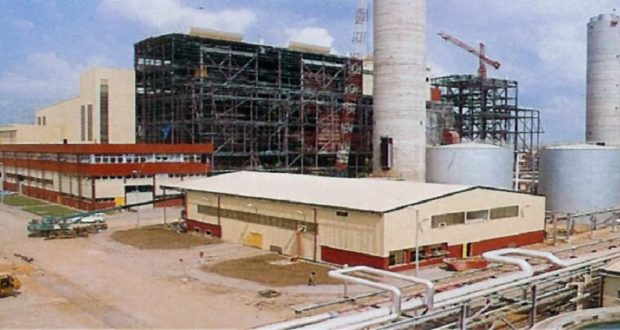 The Director of Egbin Power Plc, Mr. Kola Adesina, disclosed this yesterday, when the Senate Committee on Privatisation and Commercialisation undertook a visit to the plant in Lagos.

Adesina, however warned that the huge debt the NBET was owing the plant may put a question mark on the country’s sanctity of contracts and discourage investments in the nation’s power sector.

He pleaded with the Senate committee to help address the debt as well as the gas supply challenge facing the company and other power generation companies (Gencos) in the country.

He said the gas constraints had cost the Genco 106.34MW since June 2020, adding that in 2021 alone, the company lost N13.68 billion to the challenges he highlighted earlier.

Adesina disclosed to the visiting Senators that as a company that believes in Nigeria, Egbin was making $3 billion investments for expansion, revealing that $1 billion had already been invested in its value chain and was currently perfecting investment plan of $2 billion for expansion.

He gave the breakdown of the investment to include $1.8 billion for Egbin Power 2 and overhaul of the existing plant as well as $2 billion for estate (quarters).

Adesina said: “The plant, which is the biggest in Sub-Saharan Africa with capacity of 1320MW was generating 400MW as at the time we took over, but today the generation has surged above 800MW. At some points, we generated 1,100MW. We have been doing an average of 1,000MW this year.

“We are having a future investment including the Egbin 2 expansion, overhauling of Egbin 1 and staff quarters that will cost $2 billion.

“Despite these, there are challenges we face that we want this Committee to help us with. The NBET still owes Egbin a debt of N388 billion including money for actual energy wheeled out, and interest for late payment.

Stating that his company would stop at nothing to help improve power supply in the country, Adesina noted that Sahara Group, owner of Egbin, had also invested in the distribution stratum of the power industry through the Ikeja Electric Plc.

“We are of the belief that Nigeria deserves better. We cannot understand why the country with over 200 million people will still be generating about 4000MW. As Nigeria is struggling with this 4,000MW, Korea is generating 120,000MW per day,” Adesina further said.

In his reaction, the Chairman of the Senate Committee on Privatisation and Commercialisation and leader of the delegation, Senator Theodore Orji, commended the Genco for making such huge investments in order to help solve the country’s power supply challenge.

He indicated the support of the committee to the $2 billion future investments plan by Egbin, maintaining that the plant has “done well” in justifying the October 1, 2013 power sector’s privatisation by the federal government.

Backed by other members of the delegation that included the Deputy Chairman of the committee, Senator Adelere Oriolowo, among others, Orji queried the transmission and gas constraints, which have downed the power available below actual generation capacity.

Noting that Egbin was “doing fine” with its post privatisation investments and activities, Orji stated that the plant, which has invested about $1billion in the last seven years, should be encouraged to do more.

“This is a fact-finding mission about the power privatisation. We are encouraged by what we have seen at Egbin and we shall go back to the Senate to give our report on the entire process.

“I can say that you are trying your best. You are doing fine and you should be encouraged to do more in terms of investments,” he said.