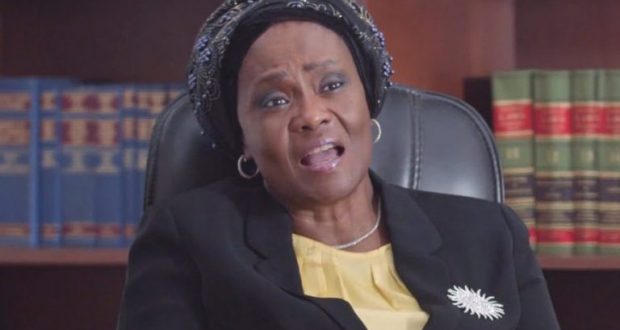 President, Nigerian Association of Energy Economics (NAEE), Prof. Yinka Omorogbe, has called for clarity on the 30 per cent NNPC Limited transfer of oil and gas profit to frontier exploration fund as recommended in the recently passed Petroleum Industry Bill (PIB).

Omorogbe made the call at the 14th Annual conference of the Nigerian Association of Energy Economics in Abuja.

The National Assembly on July 1 passed the PIB which had raised a lot of controversy on issues of Host Community and revenue remittances.

She commended the National Assembly for the passage of the bill as it was needed for the growth of the sector.

According to her, those that have the actual figures should release them for clarity as will help to reduce the controversy related to percentages.

`”In this season of change, we cannot be left behind. We cannot be the country that remains frozen in debilitating discussions on whether or not a Bill that will provide a new legal framework for the petroleum industry must pass or not because of controversial clauses that can be amended.

“As the nation debates the Bill, it is necessary to focus on its actual contents and not on interpretations that are not always supported by fact.

“It is important for those who can, to come out with actual numbers and eschew the present discussions on percentages, based on the perception that they refer to the same thing when in fact they do not.

It would be recalled that according to Section 9(4) of the House draft of the PIB, the Frontier Exploration Fund shall be 10 per cent of rents on petroleum prospecting licences and 10 per cent rent on petroleum mining leases; and 30 per cent of NNPC Limited’s profit oil and profit gas as in the production sharing, profit sharing and Risk service contracts.

The fund shall be applied to all Basins and undertaken, simultaneously.

It also read in Section 9(5) NNPC Limited shall transfer the 30 per cent of profit oil and profit gas to the frontier exploration fund escrow account dedicated for the development of frontier acreages only.

Omorogbe queried how 10 per cent became 30 per cent and urged stakeholders and those involved to offer more explanation for the people to understand.

Commenting on the impact of COVID-19 on global economies, she said that the global poor were the worse hit with the pandemic.

“The global coronavirus pandemic which has continued to ravage the world since early 2020 has become the world’s greatest challenge, exacerbating global poverty but serving to emphasise that there was now the need for radical change.

“An estimated 689 million people, comprising approximately roughly nine per cent of the global population, were estimated to live in extreme poverty in 2020.

“Seventy per cent of these persons are in Africa and a hundred million of these are in Nigeria.

“It has recently taken over from India as the poverty capital of the world, with the unenviable position of being the country with about 90 million people living in extreme poverty.

This is particularly tragic when one considers that India has over one billion people and Nigeria has 200 million,’’ she said

According to her, this appears to signify that the virus and its various mutations could be around for a while.

She called for strategic solution from participants and all stakeholders to help in creating avenue for new approach to solve the challenges as it relate the oil and gas sector.

He said the effect was characterized by a decrease in the Gross Domestic Product (GDP) and its growth, loss of employment, increase in poverty and inflation, among others.

“Although the present economic indices show a gradual stability, especially in the price of crude oil compared to last year, when the pandemic had reached its peak.

“It is clear that before we can return to the same or higher levels of GDP subsisting before the crisis, the oil and gas industry will need to evolve and adapt pertinent strategic response,’’ he said .

He added that African countries that were members of OPEC must have strategic plans to develop the sector for growth of the economies.

He assured that the PTDF intervention would continue to be available for the development of the sector.

“Today’s meeting is to explore the strategic responses to energy sector to COVID-19 and the impact on African Economies, in this wake of this new framework and thrust to normalize the road to economic stability, it is certain that capacity building will play a major role in this upward transition.

“On that note, PTDF intervention will always be available to support the industry,’’ he said

Share about us
2021-07-28
admin
Previous: Nigeria to Generate 10GW Electricity from $3 Billion Investment
Next: NPA Expects 21 Ships with Petroleum Products, Others at Lagos Ports