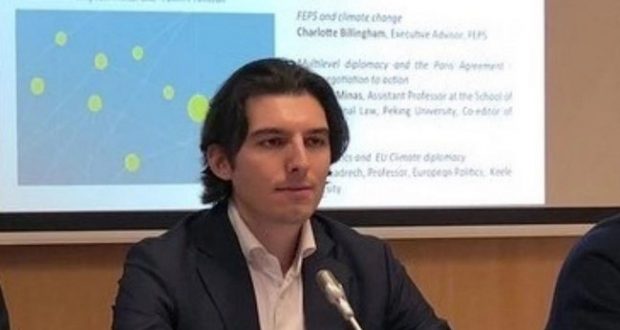 Innovative and emerging sustainable energy technologies to achieve net-zero carbon emissions were explored at three events during the Asia-Pacific Climate Week (APCW2021) which took place from July 6 to 9, 2021. Technology is a crucial element of countries’ national climate actions plans, known as Nationally Determined Contributions (NDCs), under the Paris Agreement.

With Asia and the Pacific accounting for more than half of global energy consumption, the focus was on seizing transformation opportunities in sustainable energy, including green hydrogen, as well as harnessing the potential of oceans.

In his opening remarks at the first of the three technology-related events during APCW, Stephen Minas, Chair of the Technology Executive Committee (TEC), noted that despite the relatively high energy consumption in the region, 10 percent of the population still lacks access to basic electricity.

“The question is how to bridge into an affordable, reliable and sustainable power supply while improving energy access,” he said.

Unlocking green hydrogen’s potential in Asia and the Pacific

One of the key technologies for the transition to clean energy is green hydrogen, produced using renewable energy sources. A session held on July 8 examined potential drivers for the effective deployment of green hydrogen in the region. The event was organised by the TEC, together with High-level Climate Champions, Gonzalo Muñoz of Chile and Nigel Topping of the United Kingdom.

Opening the session, TEC Chair Stephen Minas stated that hydrogen has long been considered as an energy of the future and asked how the technological, economic and policy development of the present can be used to bring the future of green hydrogen forward.

Gonzalo Muñoz said: “We are in a race to deliver a healthy, resilient and zero-carbon world. In this race towards a net-zero and resilient future, green hydrogen is becoming increasingly recognised as a viable solution. It is both technically and economically ready to be scaled up.”

Frank Wouters, Chairman, Middle East and North Africa (MENA) Hydrogen Alliance, stated that while many countries’ existing hydrogen strategies are rich in ambition, they are poor in policy detail, stressing the urgent need for joint public and private sector collaboration.

Alli Devlin from the Youth Non-Governmental Organisation (YOUNGO) pointed out that the Olympic torch carried at the upcoming Tokyo Olympic Games will be powered by hydrogen, adding: “This is a great way to overcome the social barrier to success and nurture a well-informed society that embraces the energy shift.”

A further session held during APCW, organised by the TEC and the International Renewable Energy Agency (IRENA), looked at harnessing the potential of oceans.

“Offshore renewables have huge potential with multiple co-benefits, particularly in Small Island Developing States, yet remain unexploited. This opens up the opportunity to promote innovation, research and development,” he said.

Purnima Jalihal, Head, Energy and Fresh Water, NIOT, India, noted that the marine infrastructure of most countries in the Asia and the Pacific region is not highly developed and demonstration projects are still small scale. This makes it difficult to predict possible environmental impacts and whether the project can deliver the desired amount of energy.

”The need is for a local supply chain that can be established to bring down the cost of importing the necessary technology and skill sets needed to deploy the ocean energy technology,” she said.

The outcomes of the three events will contribute to the development of the TEC technical paper on emerging decarbonisation technologies in the energy supply sector.