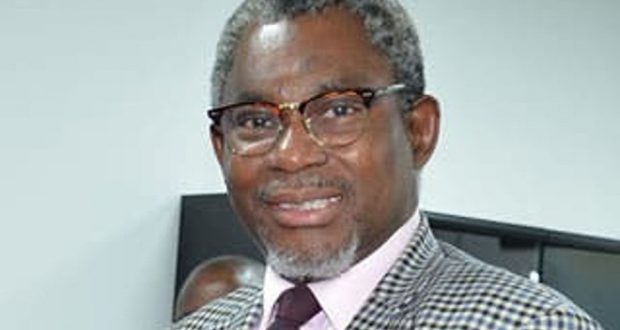 The Minister of Mines and Steel Development, Mr Olamilekan Adegbite, has said the Federal Government invested $50m to generate data, even as it moves to automate the administration of the mining sector.

Adegbite said this during a webinar held by the Securities and Exchange Commission and the Ministry of Mines and Steel Development, with the title ‘Financing the Nigerian solid minerals sector through the capital market and the critical role of commodity exchanges’.

He said as part of the Nigerian Mineral Exploration Project, the Federal Government invested $50m on four specific minerals to create visibility, adding that the data would be released to the market and auctioned to interested investors.

He said, “We are modernising and automating the mineral title administration process at the Mining Cadastral office; people no longer have to go there for anything.

“We have also established a remote sensing centre at the ministry headquarters to identify areas where artisanal and small-scale minings occur and once they are identified, we go out there to educate these people and try to formalise them.”

The minister noted the biggest drawback to the Nigerian mining sector was capital.

He said the capital market would potentially solve the problem with its low-cost, long-term financing nature as compared to banks, which he described as short-term funders.

“Currently, the ministry has a collaboration with the Bank of Industry to establish a small-scale mining loan scheme, which makes funding available to artisanal miners and small-scale miners in the industry at a concessionary interest rate of five per cent with collateral requirement,” Adegbite said.

He added that the government would establish mineral processing clusters across the six geopolitical zones.

He said, “A gold souk in Kano representing the Northwest; a gold smelting plant in Kogi, North Central; a kaolin processing centre in Bauchi in the North-East and a gemstones market being built in Ibadan for the South-West.

“In the South-South, we are developing barite in Cross River, while in Ebonyi, for the South-East, we are lensing. These are part of the efforts we are taking post-COVID to revive this sector.”

The governor of Nasarawa State, Abdullahi Sule, and the governor of Plateau State, Simon Lalong, who was represented by his deputy, spoke on the need for capital injection, organisation and monitoring of the sector, and infrastructure development.

They highlighted the need to develop the industry, saying it could generate employment at the scale envisioned by the Federal Government.

The Director-General, SEC, Mr Lamido Yuguda, said the commodities trading ecosystem and the capital market could be transformational catalysts to create positive changes in the sector.

“The Federal Ministry of Mines and Steel Development has embarked on initiatives which have the potential to increase the mining sector’s contribution to GDP from about 0.5 per cent currently to approximately three per cent by 2025, thereby positioning the sector to be globally competitive by the end of 2030,” he said.

Yuguda added that the capital market could also aid the discovery of prices, improve transaction security, broaden the market as well as moderate and reduce illegal mining of solid minerals.