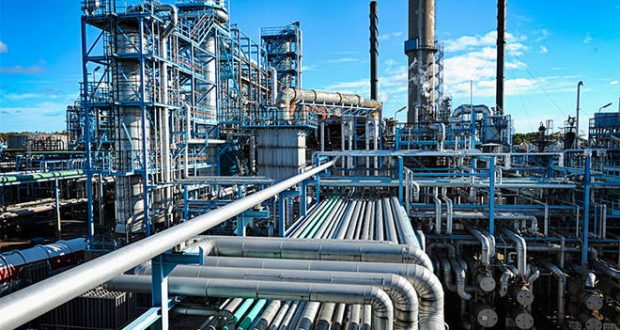 Federal government to earn N493.4bn from the sale of national assets and has halted its plan to privatise Nigeria’s refineries following demands by the Nigerian National Petroleum Corporation ( NNPC) to allow the corporation revamp the dormant facilities.

Also, the Federal Government said on Monday that the problem with the Ajaokuta Steel Company was very complex, although efforts were ongoing to resolve the issues.

Director-General, Bureau of Public Enterprises, Alex Okoh, who spoke to journalists in Abuja while presenting updates on the bureau’s 2021 work plan, said all the refineries under the NNPC management were in various stages of non-production.

He said, “We have four refineries with refining capacity of 445,000 barrels per day and they are all at various stages of non-production. I don’t have the figures correctly, but I think that Warri would be around five per cent, Port Harcourt around 19 (or) 20 per cent and Kaduna is zero.

“Our plan initially was to suggest to the Federal Government that we should privatise these refineries, no need to put in more money, especially given the fact that you also have private investors going into the space.

“Dangote (Refinery) is looking at about 650,000 barrels per day, so the combined refining capacity for all of our four refineries is not even up to that. This means you are going into a space where competition will almost kill you.”

Okoh added, “So we thought we should privatise, but NNPC believes that the plants can be rehabilitated and they have got the government approval to go ahead and rehabilitate the refineries.

“So we have dropped the privatisation from our 2021 plan. But I’m sure we will follow with keen interest how the rehabilitation programme of the NNPC will go from here.”

The Federal Government had earlier in the year stated that it would sell or give out in concession some of its assets in order to raise funds to finance the 2021 budget.

In January 2021, the Minister of Finance, Budget and National, Zainab Ahmed, told lawmakers that the Federal Government would sell selected properties to fund this year’s budget.

The BPE had earlier in the year itemised Nigeria’s refineries as assets to be privatised and classified them as core investor sale, but the amount to be earned from the facilities was not stated as at then.

“But I can, without divulging too many details, state that we are close to being able to resolve the issue, especially the litigation around Ajaokuta and once that is done we can then go ahead and take a decision on what to do with Ajaokuta.”

Okoh said the Federal Government planned to earn a total of N493.4bn from the sale or concession of about 36 of its assets across the country.

He said the reprivatisation deal of Yola Electricity Distribution Company was being concluded on Tuesday, as he noted that the Transmission Company of Nigeria was up for concession.

He explained that assets that were up for sale or concession had been classified under energy assets, industries and communication department, as well as development institutions and natural resources.

Others include infrastructure and public private partnership and post transaction management department.

Share about us
2021-07-14
admin
Previous: 23 Ships Discharge Petroleum Products, Other Items at Lagos Ports
Next: Lekki Port to Commence Operations in 2022 –Amaechi