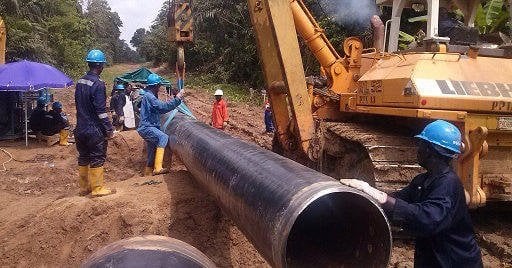 The Kano State Government has signed a Memorandum of Understanding (MOU) with the Gas Aggregation Company of Nigeria (GACN) and the Nigerian National Petroleum Corporation (NNPC) on the Ajaokuta-Kaduna-Kano (AKK) natural gas pipeline project.

The 614 kilometre natural gas pipeline project is estimated to cost $2.8 billion in the phase one of the Trans-Nigeria Gas Pipeline (TNGP) project.

At the pact signing, the Group Managing Director of NNPC, Mele Kyari, represented by Chief Operating Officer, Gas & Power, Engr. Yusuf Usman said the establishment of the AKK committee in Kano and the creation of a new gas industrial park at Tamburawa by the state government made NNPC to see Kano as very keen on the project.

MD of GACN, Olalekan Ogunleye, said one of the initiatives under the gas project is the autogas, which is to convert vehicles to gas and engaging with NARTO and NURTW is one of the steps to achieve this.

He said 30 percent of the operational cost of vehicles could be cut when vehicles are converted to autogas.

Chairman of the Kano AKK Committee, Engr. Muazu Magaji, said the designation of Tamburawa as a gas industrial park by the state government will come in handy when the AKK project finally kicks off.