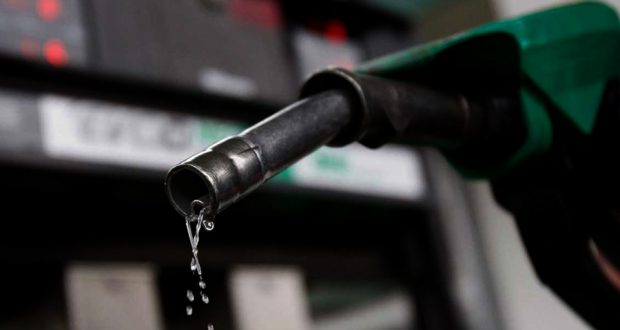 Diesel Price Moves Up to N280, as LCCI Project More Rise in Inflation

The price of a litre of Automotive Gas Oil, also known as diesel, has risen to N280, buoyed by the recent increase in global oil prices and naira devaluation.

Investigation show that some filling stations in Lagos had increased diesel price to N250 per litre, while many others sold it at between N220-N245 per litre.

The global oil benchmark, Brent crude, which averaged $62.28 per barrel in February, stood at $75.10 per barrel as of 5:15pm Nigerian time on Monday.

The report indicates that the price of the product, which is not regulated by the government, ranged from N270 to N280 per litre in several filling stations in Lagos.

Mobil, Capital Oil and Gas as well as Oando filling stations, all along the Lagos-Ibadan Expressway, sold the product for N280, N279.9 and N275 per litre. The product was sold for N267.50 per litre at NNPC Retail stations.

Diesel is mostly used by businesses to power their generators amid lack of reliable power supply from the national grid.

“The high diesel cost is taking a huge toll on operating and production costs across sectors. It is a case of multiple jeopardy for businesses,” the Director-General, Lagos Chamber of Commerce and Industry, Dr Muda Yusuf, told our correspondent on Monday.

He noted that purchasing power had been weak and the exchange rate of the naira to the dollar had depreciated sharply.

Last month, the Central Bank of Nigeria devalued the naira as it adopted the NAFEX exchange rate of N410.25 per dollar as its official exchange rate, days after removing the N379/$ rate from its website.

“There is foreign exchange market illiquidity. The cargo clearing at our seaports is a nightmare. The security situation has inflicted an elevated risk to investment,” Yusuf said.

According to him, diesel cost also has profound implications for transportation and logistics costs.

He said, “Most of the trucks that move freight across the country are powered by diesel. The consequences are that sales are dropping, inflationary pressures will intensify, profit margins are being eroded and industrial capacity utilisation will drop.

“Elevated pressure on general price level exacerbates the poverty situation in the economy.”

The President, Association of Small Business Owners of Nigeria, Mr Femi Egbesola, described diesel price hike as alarming, saying, “It is just too much for us to bear.”

“The prices of all factors of production are increasing; even electricity tariff has gone up, and the government knows that about 90-95 per cent of industries rely more on diesel,” he said.

He said the government should be able to mitigate the rise in diesel price, adding, “Yes, we know that it has been deregulated but then government should also be aware that there are certain price hikes that can kill industries, particularly small and medium enterprises.”

Egbesola, who noted that the incomes of many Nigerians had been eroded by inflation, said the diesel price hike would cause increases in the prices of commodities.

He added, “So, it means fewer people will buy the products, and it means businesses will make less profits. This will result in loss of jobs and may cause the closure of factories or companies.

“The only alternative will have is electricity supply from the national grid. But now we are having less supply of electricity than before.”

The National Bureau of Statistics, in its latest diesel price watch report, said the average price paid by consumers for the produce increased by 0.69 per cent month-on-month and by 8.99 per cent year-on-year to N238.82 in May from N237.19 in April.

Share about us
2021-06-29
admin
Previous: No Fraudulent Dealings in Planned Equity Participation in Dangote Refinery – NNPC
Next: NNPC to Borrow $3.8 Billion to Acquire Dangote Refinery Shares