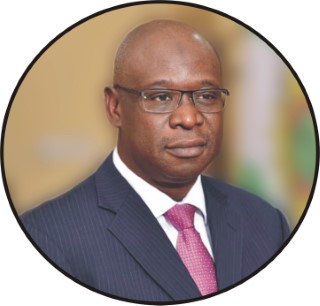 The Nigerian Petroleum Development Company Limited (NPDC), has said that its Corporate Social Responsibility (CRS) programme has been impactful.

The NPDC, a subsidiary of Nigerian National Petroleum Corporation (NNPC), observed that the corporation has long been ahead of other organisations in carrying out CSR programmes to its host communities in Edo.

The Managing Director of NPDC, Mr Mansur Sambo, made this known on Thursday when members of the Edo House of Assembly, led by the Speaker, Mr Marcus Onobun, visited him at the new NPDC head office in Benin.

Sambo said NPDC had been alive to its CSR to host communities by carrying out projects that had affected the people positively.

He listed some of the NPDC CSR projects to include the distribution of solar deep freezers to women in Ologbo Dukedom recently and electrification project at Oredo, being handled by an indigenous contractor.

Others are the distribution of tables and chairs, text books and notebooks to schools in Edo, among others.

“As we progress, members of the house will be furnished with NPDC CSR projects too numerous to mention being executed in the state.

“We will need to establish a closer relationship with the State legislators,” he said.

Sambo who gave a brief history of how NPDC started with Oredo field in Oil Mining Lease (OML 111) in Edo, stated that NPDC had expanded to more than 32 assets.

According to him, NPDC is probably the highest tax payer to Edo government, maintaining close relationship with the state government.

He further disclosed that this was done to douse the clamour for the relocation of NPDC to other states where it operates.

“The Management has taken steps to relocate operations to its new office building along Airport Road in Benin,” he said.

Earlier, Onobun, who led other members of the Edo House of Assembly to NPDC office in Benin, said that the visit was part of the house oversight functions.

He explained that the purpose of the visit was to find out how NPDC had impacted its host communities in the state.

He said: “To be aware of the various corporate social responsibilities, I commend the management of NPDC for its laudable CSR projects in the state.

On the community projects being executed by NPDC, we want to establish a mutually beneficial relationship with NPDC.

“This visit will be the beginning of a sustainable beneficial relationship,” he said.

The speaker, however, solicited the support of the company to carry out training for members of the assembly.

“As a house, we will ensure that NPDC do not regret its stay in Benin,” he said