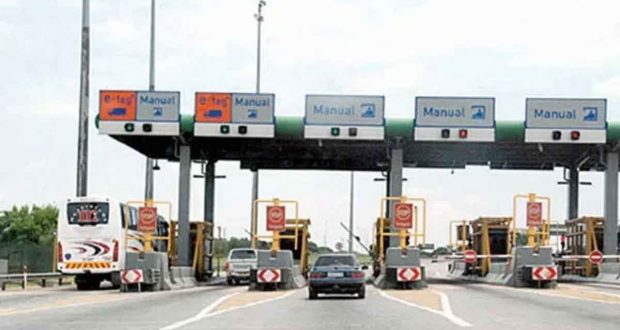 The Nigerian National Petroleum Corporation (NNPC) said that smuggling has pushed up daily consumption of Premium Motor Spirit (PMS) otherwise known as petrol to 103 million litres per day in the month of May.

Group Managing Director NNPC, Mele Kyari, made this known at stakeholders meeting organised by the corporation to discuss how best to stop smuggling in the country.

Kari said the current situation had kept the country in a state of bleeding, as it could not sustain the payment of subsidy that accompanies the volume.

He said that the introduction of Operation White and involvement of the Economic and Financial Crimes Commission (EFCC) had helped the situation.

“From the truck out report from the PPPRA data base , we have seen collapse of load out average move from 70 million litres to 60 million litres just in one month, that means we can do with less than 70 million, the balance, I don’t know where it goes to but we know for sure that it is not consumed in this country .

“In very recent data, we see what we really want in the beginning of May and June, there was a day we load out about 103 million litres of PMS within one day across the depots.

“ We know it is not required, we know it is inappropriate and we also know that something wrong is happening that somebody is chasing something.

“But we in NNPC, we are not in control of that, we are not in every depot, we don’t keep products in all the depot but when the volume goes down, it comes down to us, when there is tight in supply, it comes back to the NNPC and we solve the problem,’’ he said

He said that President Muhammadu Buhari had directed that smuggling must stop adding that it was the reason for inviting all stakeholders to chart the way forward.

He said that the corporation had incorporated the EFCC, the Department of Security Services (DSS), the Nigeria Customs services (NCS), the Nigeria Security and Civil Defence Corps (NSCDC), on a platform to achieve this.

“Mr President has directed us that we must stop smuggling or round tripping if there is anything like that, and so we must stop it by every means necessary, and we must do anything to stop it, that means we have to work outside the box.

“ We know that there are layers of controls that have been there that is not working and that is why we must work outside the box.

“That is why we are happy to drag in the EFCC, DSS, NSCDC, and even the NCS on a different platforms that will enable us to control this volume and we have seen it work,’’ he added

Commenting on the current PMS and subsidy payment, Kyari explained that with the current exchange rate, the pump price of petrol should be N256 per litre.

“If we are to sell at the market today at current exchange rate, we will be selling the product at about N256 to a litre. What we sell today is N162, so the difference is at a cost to the nation,’’ he said

According to him, with the high volume of daily consumption, the country cannot sustain subsidy payment.

“As long as we don’t regulate volume, until we are able to exit this current level, which I know so much work is going on, then we have to manage the volume that we are exposed to between this price of N162 and N256.

“The difference comes back to as much as N140 billion to N150 billion cost to the country monthly.

“ As long as the volume goes up, that money continue to increase and we have two sets of stress to face, stress of supply and stress of foreign exchange for the NNPC. We may not see foreign exchange cheque taking place for importation,’’ he said.

In his remarks, the Minister of State for Petroleum Resource, Chief Timipre Sylva, said smuggling was not a business and would never be a business.

“I will like to put it on record that whatever we are trying to do in the area of deregulation will not make sense without us exactly knowing the actual consumption of PMS.

“When I first came in as minister, I was informed that the daily consumption in the country was around 60 to 62 million litres a day, which to me sounded a little bit outrageous considering the number of cars we have on the road .

“But somehow, the figures, I understand today have come down to around 52 million litres, may be the number of vehicles have suddenly reduced, but you will agree with me that something is wrong that is why the tracking of trucks loading products is essential for us to move forward on this issue of subsidy removal,’’ he said.

He added that illegal export of products through the borders whether the land or sea must be stopped, adding that Operation White that was commissioned in 2020 had not worked effectively until the EFCC came into the picture.

“I believe that with the EFCC in the picture, I think that the system will work better and know that Petroleum Equalisation Fund, is also working on product tracking arrangement.

“For me, I am happy to see that the EFCC is working with us and if we can get this right, I think our movement toward deregulation will be better assured,’’ he said

Also, the EFCC Chairman, Abdulrasheed Bawa, said the commission was happy to be part of Operation White since part of its duty was to ensure closure of financial crimes in the country.

“It is quite disheartening to see what is happening, in 2012, we were faced with petroleum subsidy fraud, we at the EFCC were able to unravel a lot of fraud going on there.

“From volume falsification to alteration of bill of laden, to the non-payment of over recovery and to what I call single importation and double subsidy payment.

“We are still trying to recover about N50 billion we have identified in the fraud but now it is a different ball game, NNPC has taking responsibility of importation of products but the issue of smuggling is there.

“We are assuring Nigerians that anything we have to do to stop smuggling, we will do to ensure that perpetrators are brought to book and justice is met for the benefits of Nigerians,’’ he added.

It was reported that the oil marketers and industry players present at the meeting pledged to support government to curb smuggling.

Share about us
2021-06-25
admin
Previous: No Gas Leakage It is Routine Safety Drills – Rainoil
Next: Enyo Announced Second Edition of Open Idea Competition