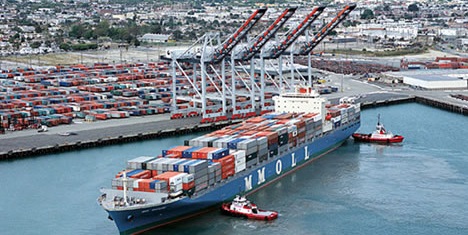 The Seaport Terminal Operators Association of Nigeria has said private terminal operators at the seaports invested N538bn in port development from 2006 after the concession of the ports to December 2017.

The spokesperson for STOAN, Dr Bolaji Akinola, said this in a statement while reacting to other issues he said were responsible for the Apapa gridlock.

He said, “The major challenges facing port operations in the country are dilapidated port access roads, poor traffic management, and manual examination of cargo by Customs.

“Terminal operators, like other business entities in Apapa, are victims of the dysfunctional state and chaos on the port access roads.

“Private terminal operators at the seaports invested N538bn in port development from 2006 when the ports were concessioned to December 2017.”

Akinola described the port terminals as well-organised and efficient, saying, “Concessionaires have done very well to ensure efficiency in their various terminals. The major problem is the road.”

“Terminal operators, more than any other entity in the logistics chain, bear the brunt of the Apapa traffic congestion because it hampers the evacuation of cargo from the port.

“The business of terminal operators is to keep trade moving. We don’t make money from cargo sitting at the terminal. Our profitability is in the volume of cargo we handle; so, it is in our best interest for cargo to leave the port as soon as possible.”

He added that those profiting from the chaos on the road made it difficult for trucks to move freely to evacuate cargo from the port.

He recalled how the same security operatives that constituted illegal stops would get rid of “the notorious traffic” anytime the President, Major-General Muhammadu Buhari (retd.) visited Lagos.

He said, “In 2019, when the President visited Lagos, the otherwise intractable Apapa gridlock disappeared. The gridlock also disappeared on June 10, 2021, when he visited to commission the rail line and the Deep Blue Project.

“It was not terminal operators that cleared the road; it was the same security operatives that manned the road that cleared it. How did they make it happen? Can they continue to do so on a daily basis what they did on those two occasions of Mr President’s visits?”