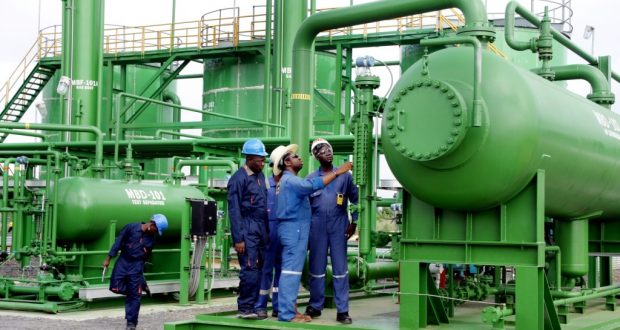 A source said that the initial approach for the RTO was done three years ago, adding that the offer appears to be a natural progression from the initial discussions/offer.

“Discussions are now in advanced stages,” the sources added.

Those familiar with the deal believe the transaction would put the companies in good stead to take advantage of the divestment by majors such as Shell, Chevron, Exxon and Agip from the Nigerian market.

Midwestern Oil & Gas Limited, which was established in 1999 to participate in the 2001 Marginal Field Round, was awarded a 70 per cent interest in the Umusadege Field in OML 56, located in the northern area of the Delta State.

Midwestern Oil & Gas is the operator and SunTrust Oil Company Limited holds the other 30 per cent interest in OML 56. Current production from Umusadege is about 16,000 barrels of oil per day (bopd), and remaining 2P Reserves are over 42 million barrels of oil.

Midwestern also holds 8.81 per cent equity interest in the prolific OML 18. It has a 51 per cent ownership in Umugini Pipeline Infrastructure Limited which operates the 12” 51.4km, 45,000 bopd capacity Umugini Oil Pipeline from the OML 56 Cluster Group to the NPDC Eriemu manifold.

The company owns 13 per cent interest in San Leon.

On the other hand, San Leon has a market capitalisation of about $260 million and holds a 5.40 per cent equity interest in OML 18 and a 10 per cent interest in Energy Link Infrastructure (Malta) Limited.