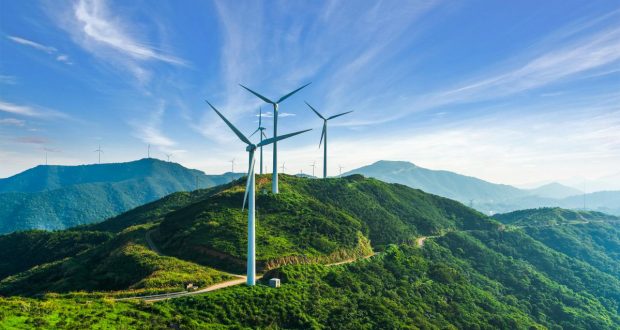 The rush for green energy development is being orchestrated by the move to shift European economy away from reliance on oil and gas as Scottish government has taken the lead to set aside a whopping sum of N21 trillion about (£26 million) to establish an energy transition zone.

Those behind the ETZ want to build it near the Aberdeen Harbour south expansion.

The funds will be invested in the energy transition zone (ETZ) next to Aberdeen’s £350m south harbour development.

It follows a similar funding boost from the UK Government in Chancellor Rishi Sunak’s budget earlier this year.

The development in the oil capital is part of long-term plans to achieve net-zero emissions and protect the climate from further damage.

Michael Matheson, the Scottish Government’s “net-zero”, energy and transport secretary, said the transition zone is expected to support around 2,500 “green” jobs by 2030, along with another 10,000 related jobs.

The cash is coming from a five-year financial package launched in June last year to help the industry diversify. The wider fund has already provided funding of £6.5m for a global underwater hub as well as £4.65m to Aberdeen City Council to expand its hydrogen bus fleet.

Other activities are likely to include offshore wind manufacturing and assembly, a floating offshore wind “centre of excellence” and an energy skills academy hub.

Mr Matheson said: “The Scottish Government is wholly committed to ending our contribution to climate change by 2045, and doing so in a way that ensures a just transition to net-zero, making sure no-one is left behind.

“One year ago, we launched the £62m Energy Transition Fund, recognising the impact of Covid-19 on energy, but also the need to support our energy sector to grow and transition in a fair way.

“Urgent, collective action is required in order to ensure a just transition to a net-zero economy.

“By capitalising on our strengths in energy, innovation, and our skilled workforce, Scotland can show the rest of the world how it’s done – and ensure our people, businesses and communities are at the forefront of our new green economy.

“I am pleased to announce this financial support for the energy transition zone, which is a hugely exciting project that promises to accelerate our journey to net-zero while, crucially, ensuring that journey is fair and creates a better future for everyone.”

The move comes at the end of a week which saw the Scottish Government make progress on greenhouse gas emissions – but still miss a key climate change target for the third year in a row.

A published report showed a reduction of the greenhouse gas account of 51.5 percent in 2019 from the baseline period, despite legislation calling for a 55 percent reduction.

Emissions in 2019 were 2.3 percent lower than 2018, with the reduction mainly coming from the business, energy supply and domestic transport sectors.

There was negligible change in the international aviation, agriculture and shipping sectors.

A UK Government source welcomed the new funds and said: “Using the north-east’s energy expertise to transition to renewables is vital for the area’s economy and for the future of the planet.

“In his budget Chancellor Rishi Sunak announced £27m for the ETZ, £5m for Aberdeen’s underwater technology centre plus £2m for the North Sea Transition Deal from UK Government funds.

“It is encouraging to see Scotland’s two governments working together on this crucial project which is so important for the environment and jobs.”

Chief executive of ETZ Ltd, Maggie McGinlay, said the ambition is to transform the region’s approach to energy.

“This announcement, alongside the UK Government’s commitment of similar levels of funding toward the project, will help ensure this ambition becomes a reality,” she said.

“The north-east is uniquely positioned within Scotland and the UK to take advantage of this great opportunity.

“As we continue to transition from oil and gas, the ETZ will enable us to develop a world class supply chain, employment and investment opportunities.”