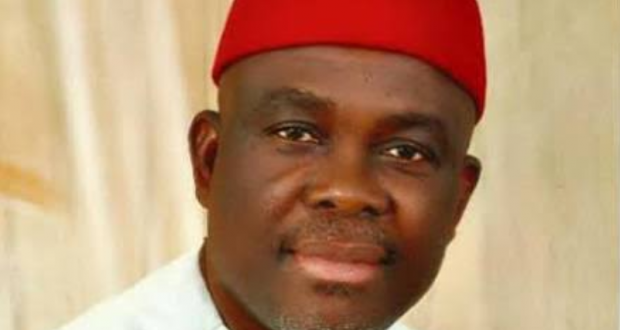 IPMAN’S President, Mr Chinedu Okoronkwo, made this known on Thursday in Lagos.

President Muhammadu Buhari on Tuesday performed the ground breaking of the Train 7 project construction, as part of efforts to transform Nigeria to a gas-powered economy by 2030.

Okoronkwo said IPMAN was delighted with the vigour the Federal Government was deploying in actualising the National Gas Policy of 2007.

“We are very happy that the Train 7 project is moving toward becoming a reality with the ground breaking conducted on Tuesday by the President.

“The project is a game changer because it will play a critical role in the utilisation of Nigeria’s abundant gas resources for national development,” he said.

Okoronkwo further noted that the project would create job opportunities for young Nigerians in Engineering, procurement and construction as well as boost local capacity in the oil and gas industry.

He said the declaration of Year 2021 to Year 2030 as the “Decade of Gas Development” by the government would also be given a boost by such projects.

Okoronkwo reiterated that IPMAN would continue to support efforts to deepen gas utilisation in the country.

He said: “We (IPMAN) have a collaboration pact with Petroleum Equalisation Fund on how to help marketers distribute gas to the nooks and crannies of the country.

“The deal entails funding and co-location of mini-depots in existing facilities and suitable locations owned by IPMAN members.

“The target is to set up 100 plants each in Lagos, Kano, Port Harcourt and Enugu and 50 each in other states under the first phase.”

The Train 7 project will ramp up NLNG’s production capacity by 35 per cent from 22 million MTPA to around 30 million MTPA.

The project is anticipated to create about 12,000 new jobs and an additional 40,000 indirect jobs.