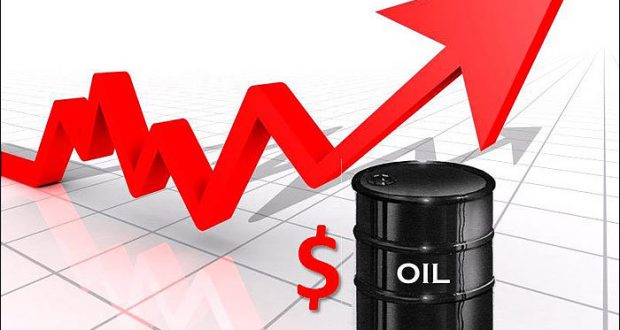 ……..by Jenifer Dike……
The price of crude oil in the international market has kept a steady rise hitting $75 per barrel as OPEC member countries are projecting an $80 per barrel before the end of this month of June.

The rise has been predicated on post covid-19 opening globally even as India experiences declined in number of cases.

Furthermore this is not unconnected to the substantial decline in United States crude stockpiles even as India witnesses rising fuel sales as the country due to recovery from the COVID-19 pandemic.

But the rising crude price has sent Nigeria’s bill for fuel subsidies rocketing, threatening to exacerbate the nation’s fragile economy.

Although Nigeria currently produces about 1.5 million barrels of crude per day, it has an almost zero refining capacity and imports roughly 100 per cent of its fuel for local consumption, negating much of the benefits oil-producing nations across the world get from high crude prices.

A plunge in the price of the commodity last year sent the country’s oil-dependent economy reeling into a recession from which it recently barely exited, while a rally has since pushed the oil price past the $70 mark.

But instead of reaping the benefits, Nigeria’s subsidy bill, borne by the Nigerian National Petroleum Corporation (NNPC), has surged beyond N100 billion, with the national oil company being unable to remit monies to the Federal Account Allocation Committee (FAAC) for two consecutive months.

The country now sits on a double-edged sword as “under-recovery” cost, the difference between what the government pays to import fuel and how much it sells the fuel for continues to wipe out the gains of the resurgence in the international price of the commodity.

On the one hand, Nigeria is earning the much-needed foreign exchange, but is also bearing increased importation cost for petroleum products and by extension the landing cost.

In March, NNPC stated that it was paying about N120 billion in petroleum subsidies monthly, even at a time crude oil price was lower.

Wednesday’s rise in crude price came as Indian petrol and diesel sales rebounded in the first half of June as the number of new COVID-19 cases in the country slowly started to ease and as China also processed a record volume of crude oil last month on a barrels-a-day basis.

Global oil benchmark Brent, which Nigeria uses, rose 0.6 per cent, after earlier approaching $75 a barrel at $74.42 and West Texas Intermediate increased 0.4 per cent at $72.44 per barrel.

Oil’s rally has been reinvigorated this month as leading economies continue to reopen, aided by widespread vaccine programmes.

The development is boosting worldwide energy demand just as the Organisation of Petroleum Exporting Countries (OPEC) and its allies maintain a cautious approach to boosting supply.

Although still largely fragile, the new market demand outlook suggests oil could roar back in the second half of this year, despite earlier predictions that demand could take years to recover to pre-pandemic levels.

In May, Minister of Petroleum Resources, Mr. Timipre Sylva, moved to douse the usual end of the month tension occasioned by rumours of petrol price increase, assuring Nigerians that the price would be stable in June.

He stated that the pre-emptive information was necessary to prevent nationwide chaos over a recent communiqué released by the governors that they had agreed on an N385 minimum pump price.

The governors’ report revealed that Nigeria spends between N70 billion and N210 billion monthly to subsidise the petrol price at N162 per litre and identified Lagos, Oyo, Ogun, Rivers and Abuja as the top consumers of petrol in the country.

But the minister had stated that the current price of petrol would be retained in June until the conclusion of the ongoing engagement with the organised labour.

Share about us
2021-06-18
admin
Previous: NDPHC, Ministry Of Water Resources to Collaborate On Small & Medium Hydro Projects
Next: Ardova to Acquire 100 Percent Stake in Enyo