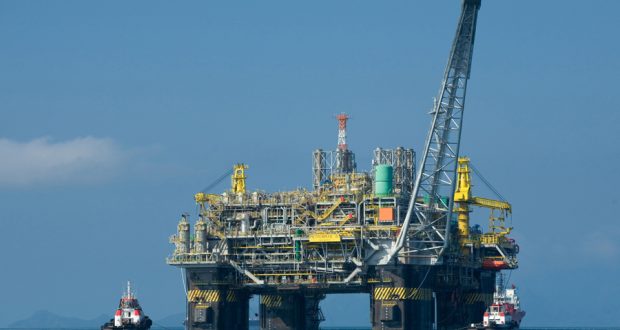 About $7 billion (N3 trillion) revenue may be added to Nigeria’s economy from the development of the nation’s marginal fields going by the rebound in global oil prices.

At over $70 a barrel, the country seeks a production volume of 100 million barrels from marginal fields licenses in a move that will see earnings peak at $7 billion if the oil rally is sustained and production commences.

While energy experts insisted that the current exercise coming after a ‘shameful’ 2013 bid round was commendable, they noted that inherent challenges cast aspersion on the field development, even though the $500 million signature bonuses from the exercise was described as an economic buffer.

Years after failing several targets of increasing crude oil reserves in the country to 40 billion barrels, amid growing push away from fossil fuel and declining investment into exploration, the Department of Petroleum Resources (DPR) said that the new development would achieve projected reserve increase.

The Nigerian National Petroleum Corporation (NNPC) had envisaged the country would increase crude oil reserves by one billion barrels yearly to meet the 40 billion barrels target by 2020. But the reserves, instead of increase, have decreased by over 961.47 million barrels bringing the current estimate to about 36.5 billion barrels.

Coming into force from the Petroleum Amendment Act 1996 with the first licensing round in 2002, Marginal fields were developed to discourage the continuous holding of undeveloped fields by International Oil Companies (IOCs) and allow indigenous players in the oil and gas sector.

Director of DPR, Sarki Auwalu, while handing over licences to successful bidders said inherent challenges had bogged the fields’ development, leading to the inability of over 17 fields from the 2013 exercise to remain undeveloped.

According to him, a total of 591 Expression of Interest applications were submitted while 540 were successfully prequalified during Phase one of the exercise as 482 bids were submitted by 405 applicants at the second phase.

“Following the evaluation of the bids, 161 companies were shortlisted as potential awardees out of which about 50 per cent have met all conditions and therefore eligible for an award today. We are set to ensure opportunities are extended to other deserving applicants to fill the gap,” he said.

While technical know-how, financial capacity and litigations grounded the previous field development, Auwalu said the challenges have been dealt with, especially with an already established alternative dispute resolution scheme at the department to ensure investors receive full support that would lead to the production of the first oil in the first year of the award.

“With the lessons of the previous exercise and refocused approach of the DPR, we have developed a strategy to ensure the awarded marginal field operators achieve early development. The DPR will continue to follow up and guide the awardees every step of the way. For instance, a guiding template of working agreement has been drafted for joint awardees and discussions have reached advanced stage between DPR and Lease holders on the Farmout agreement and other technical enablers, in a bid to facilitate the attainment of first oil in record time,” he said.

The Chairman of Petroleum Technology Association of Nigeria (PETAN), Bank-Anthony Okoroafor, an awardee under Vhelbherg Exploration & Production Development Company, said the proper farm-out agreement with IOCs, ensure production through IOCs facility, level playing field, unitisation letters where necessary and support to achieve projected plan were sacrosanct to the success of the marginal fields.

According to him, indigenous oil companies are capable of advancing the upstream sector in the country, stressing that there was the need for the companies to work closely together.

Okoroafor said: “Seplat is doing well. Walter Smith is doing very well. The indigenous companies are capable. What Nigerians need is opportunities to unleash their potentials.”

A Senior Advocate of Nigeria and professor of Law/Deputy Vice-Chancellor at Afe Babalola University, Ado Ekiti, Damilola Olawuyi, while describing the 2013 bid round as a disappointment, said prevailing market realities in the oil and gas industry, coupled with procedural complexities in the just concluded licensing round to raise fundamental questions that could hinder the long-term commercial success and development of the fields.

He recalled that of the 24 marginal fields awarded in the last round in 2002, just about 50 per cent achieved production, with DPR having to revoke a number of the non-producing licenses.

“This is because in a low oil price environment and a slump in demand, coupled with the increasing costs of production, and the recent global emphasis on decarbonization, indigenous companies face a herculean task and hurdle with raising capital and procuring materials needed to sustain commercial production. We already see the increasing exodus and portfolio divestment by IOCs due to some of these new realities,” he said.

He noted that the signature bonuses of about $500 million that is expected from the new licensing round represent a much needed financial stimulus at a time of economic uncertainty.

Olawuyi, who is the Vice-Chair of, International Law Association, questioned the viability of compulsory joint ventures arrangement through the bids, adding that there are possibilities of a false start in the marginal field development process.

According to him, the country may not also be able to ignore the ongoing calls for decarbonisation and energy transition across the world and the additional requirements it would impose on indigenous operators in terms of securing financing, amongst others.

An energy economist at the University of Ibadan, Prof. Adeola Adenikinju, said while the process of licensing is being criticised, the 57 marginal fields would help increase Nigeria’s production, export and revenue.

Adenikinju maintained that government needs all the revenue it could raise to pursue its developmental agenda, adding that DPR should continue to provide support and guidance for the newly marginal field operators to ensure that some of the past sources of friction that hindered performance were addressed.

“The use of alternative dispute resolution mechanism to resolve some of the legal and contractual issues in the operation of the marginal field instead of the existing legal process would be quite helpful. Eventually, the passage of the Petroleum Industry Bill would be useful for the entire industry,” he said.

Chief Executive of Dutcheess Energy, Olatimbo Ayinde, also an awardee, watered down the impact of declining investment and decarbonisation, stressing that fossil fuels would remain for a longer time than projected.

“Hydrocarbons are here to stay for a while,” Ayinde said, adding “We have to be realistic, or have to change all the cars in Africa, for example. So the demand will still be there.”

Renowned energy economist, Prof. Wunmi Iledare, said the bid could be more of revenue generation for the government, adding that marginal field outline in the country has little to do with benchmarking asset value. Under this situation, the scholar noted that optimal market value would be rare to obtain.

“Review of four indigenous winners to me seems like the ability to pay than the ability to play. The implication, if my observation is correct, is that the objective to increase capacity in the long run may be less likely.

“However, that indigenous upstream players can deliver is not a question in my mind. The hindrance to their potential is not technical competence, neither is it necessarily funding! The biggest challenge is getting access to bankable reserves to those who have proved themselves worthy,” Iledare said.

Flexible and efficient industry governance and regulatory framework remain critical challenges to contend with, according to Iledare, who stressed that PIB 2020 would offer a more effective framework favourable to genuine indigenous and not the hit-and-run participants with the ability to pay but no ability to play.