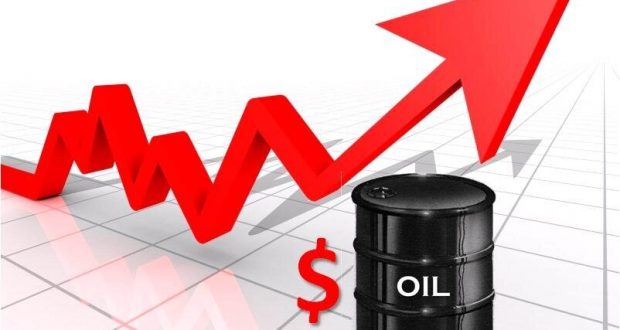 The international oil price, Brent crude, rose above the $70 per barrel mark on Tuesday, with the Organization of the Petroleum Exporting Countries projecting that demand for the commodity is bound to improve.

Bloomberg had earlier reported on Tuesday that futures in London rose as much as 1.4 per cent after posting a second straight monthly gain.

Reacting to developments in the oil sector at its 17th OPEC and non-OPEC Ministerial Meeting that was concluded on Tuesday, the organisation pointed out that demand for crude oil would improve.

In a communique issued at the end of the video conference, OPEC said, “The meeting noted the ongoing strengthening of market fundamentals, with oil demand showing clear signs of improvement and OECD (Organisation for Economic Co-operation and Development) stocks falling.

“This is as the economic recovery continued in most parts of the world as vaccination programmes accelerated.”

The meeting welcomed the positive performance of participating countries in the Declaration of Cooperation, as it noted that overall conformity to the production adjustments was 114 per cent in April (including Mexico).

This, it said, had reinforces the trend of high conformity by participating countries in keeping with the crude oil production cut agreed upon by member nations and allies.

The organisation said in view of current oil market fundamentals and the consensus on its outlook, the meeting reaffirmed the existing commitment of the participating countries in the DoC to a stable market in the mutual interest of producing nations.

It also reaffirmed the efficient, economic and secure supply to consumers and a fair return on invested capital.

The meeting reconfirmed the existing commitment of the 10th OPEC and non-OPEC Ministerial Meeting in April 2020, amended in June, September, and December 2020, as well as in January and April 2021 to gradually return two million barrels a day of the adjustments to the market, with the pace being determined according to market conditions.

The Secretary-General of OPEC, Mohammad Barkindo, said at the meeting that as increased economic growth from China, the United States, India and the Eurozone, demand was expected to grow by 6 million barrels per day to around 96 million bpd on average for the year, an increase of 6.6 per cent.

He said, “As with the economy, the market outlook for later this year looks especially promising. In fact, we anticipate that demand will surpass 99 million barrels per day in the fourth quarter, which would put us back in the range of pre-pandemic levels.”

“Here, I would caution that this is no time for complacency. As we know from experience over the past year, COVID-19 is a persistent and unpredictable foe, and vicious mutations remain a threat to both human health and the recovery. Furthermore, many leading economies are pumped up by record levels of fiscal and monetary stimulus, debt levels have soared, and inflation is beginning to rear its ugly head in some countries.”