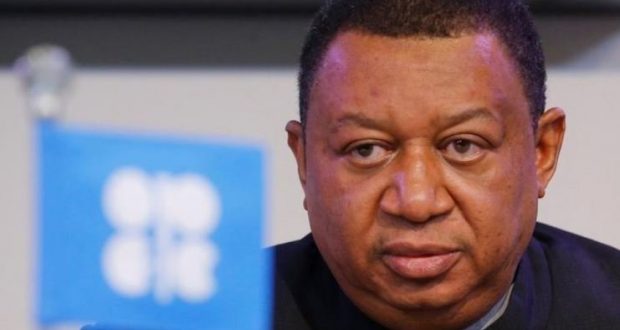 OPEC Kicks Against IEA”s Forecast of Zero Emission by 2050

….it will hurt Developing Economies……
The Secretary General of the Organisation of Petroleum Exporting Countries (OPEC), Dr. Sanusi Barkindo, has again questioned the International Energy Agency (IEA)’s forecast of net zero emissions by 2050, stressing that the call for a halt to all investments in the oil sector post- 2021 is capable of destabilising the industry.

Barkindo, who spoke at the 52nd meeting of the OPEC Joint Technical Committee (JTC) yesterday, however admitted that there was much to digest in the report entitled, ‘’Net Zero by 2050’’ released by the body recently.

“Their call for energy groups to stop all new oil and gas exploration projects by 2050 may have an impact on an investing climate already severely affected by board-member activism.

“Questions remain as to the impact that a 75 per cent reduction in global oil demand would have on the development of emerging economies. While the IEA has acknowledged that “continued investment in existing sources of oil production is needed,” the ramifications of this report on policy makers require careful monitoring,” he said.

The OPEC secretary general noted that achieving net zero emissions would be challenging for most economies, including those of advanced economies, describing the scenario outlined by the IEA as extremely ambitious and requires radical change to daily life as it is.

According to him, the claim that no new oil and gas investments are needed post 2021 stands in stark contrast with conclusions often expressed in other IEA reports and could be the source of potential instability in oil markets if followed by some investors.

In terms of the oil market, he reiterated that the OPEC secretariat has now revised up its global economic growth forecast for 2021, by 0.1 per cent to reach 5.5 per cent year-on-year.

Barkindo said that OPEC anticipates that the expected return of Iranian production and exports to global markets will occur in an orderly and transparent fashion, thereby maintaining the relative stability that members have worked hard to achieve since April last year.

He said that given the diverse range of uncertainties, it is a tremendous source of comfort to the market that the ‘‘Declaration of Cooperation’’ partners continue to be reliable and dependable components contributing to oil market stability.

“The results of our endeavours continue to be felt in the drawdown of stocks. Organisation for Economic Co-operation and Development (OECD) commercial oil stocks fell by 6.9 mb m-o-m in April 2021 to stand at 2,962 mb. This was 160 mb lower than the same time one year ago and 34 mb above the 2015-2019 average,” he said.

Share about us
2021-06-01
admin
Previous: Subsidy Perennial Crises Can Be Settled With N250 Billion CBN”s GEP – IPMAN
Next: FIRS, NNPC others Paid N1.5 Trillion into Federation Account in Q1 of 2021- RMAFC