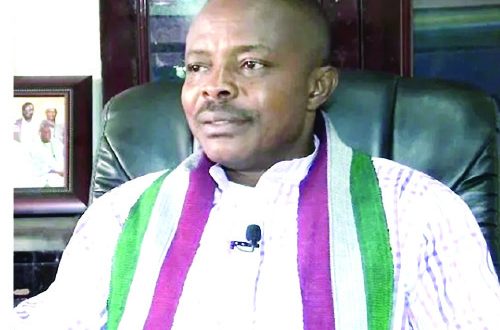 The Federal government had assured Nigeria that it has no intention to remove subsidy in the month of June but there are strong indications that the talks with Labour Union this week may change government initial position.

Though the Nigeria Governors’ Forum and Presidential Advisory Committee had both recommended that the subsidy regime be stopped immediately.

But the Nigeria National Petroleum Corporation (NNPC) is awaiting the outcome of this week meeting between the Federal Government and the organised labour on the cost of petrol and whether to discontinue subsidising the commodity.

NNPC for now is the sole importer of petrol into Nigeria and has maintained this position for more than three years, as it also subsidises the cost of the commodity despite being humongous.

A committee set up by the Nigeria Governors Forum had last Wednesday suggested a petrol price of between N380/litre and N380/litre and N408.5/litre. The committee also called for immediate removal of petrol subsidy.

The Deputy President, Nigeria Labour Congress, Joe Ajaero, told The PUNCHthat the NLC would meet with the Federal Government today (Tuesday) on issues bordering on petrol price and the sacking of workers in Kaduna, among others.

The meeting between the Federal Government and labour to decide on an amicable petrol price has dragged for about three months and the NNPC has continued to wait, thereby retaining petrol subsidy and incurring huge under-recoveries.

NNPC recently complained that the continued stay of subsidy would warrant zero remittances from the corporation to the Federation Account in the months of April and May 2021.

But when contacted to state how long petrol subsidy would be retained since the proposed meeting between the Federal Government and labour had been dragging, the Group General Manager, Group Public Affairs Division, NNPC, Kennie Obateru, said the corporation would not alter petrol price until a resolution was reached on the matter by the involved parties.

He said, “We are waiting for the discussion between labour and the government to be concluded. That is, let them reach an amicable position. It is not NNPC that is holding the talks.

“We are the national oil company and so we just wait for the parties to complete that discussion. When a position is taken as to how best to implement the deregulation, it will be communicated to NNPC and then we can now take a position.

“But for now what we do is to implement whatever the government decides.”

The government’s decision on petrol price was announced on Friday by the Minister of State for Petroleum Resources, Timipre Sylva, as he stated that there would be no price hike in June this year.

Sylva, while reacting to the recommendation of the NGF, admitted that petrol subsidy had been a huge burden on government, but assured Nigerians that the cost of the commodity would remain at between N162/litre and N165/litre in June.

He said, “Once again it has become necessary to assure Nigerians that despite the huge burden of under-recovery, the Federal Government is not in a hurry to increase the price of Premium Motor Spirit (petrol) to reflect current market realities.

“The current price of petrol will be retained in the month of June until the ongoing engagement with organised labour is concluded.”

He added, “This clarification becomes necessary in the light of recent reports regarding the resolution of the Nigeria Governors Forum to increase the pump price of petrol.”