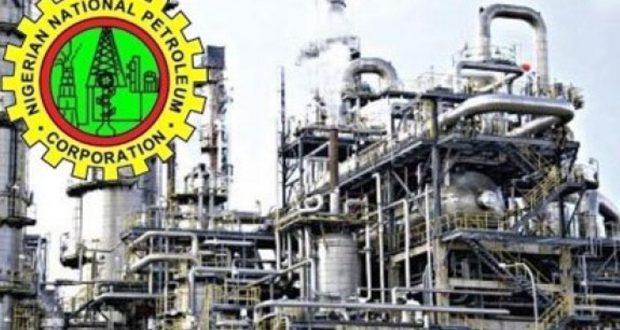 NNPC to Pay for N1.44 Trillion Stake in Dangote Refinery

The Nigerian National Petroleum Corporation (NNPC) has said it intend to pay N1.44 Trillion ($3 Billion) to acquire a 20 percent stake in the Dangote Refinery.

NNPC said the negotiation for this equity stake in the yet to take-off Nigeria’s largest refinery is on- going and the intention is not only to facilitate easy flow of feed stock to the refinery but also to ensure that Nigeria is adequately wetted with petroleum products when the refinery commence production.

The 650,000 barrels per day (bpd) integrated refinery, expected to process a variety of light and medium grades of crude, including petrol and diesel as well as jet fuel and polypropylene is owned by Nigeria’s Dangote Group and is worth about $15 billion.

He spoke just as the Department of Petroleum Resources (DPR) has said it is targeting to generate and remit about N900 billion into the Federation Account in the second quarter of 2021.

Yakubu said discussions were already ongoing with the Dangote Group for the acquisition of the stake.

He stated during the virtual event that the collaboration will further ensure undisrupted product supply to Nigerians when the deal materialises.

He added that one of its divisions, the Greenfield Refining Projects Division (GRPD) was handling the negotiations.

He said: “We have what we call the green field refinery and the Greenfield Refining Projects Division (GRPD) of the NNPC. What we do, our strategy is to collaborate and seek strategic partnerships with private investors.

“At the moment, we have Dangote Refinery, which is the 650,000 capacity barrels per day plus a mini 80,000 tonnes per annum petrochemical plant.

“What are we doing there? I can tell you today that we are seeking to have a 20 per cent minority stake in Dangote Refinery as part of our collaboration and you know that there’s a huge quantity of crude for that refinery.

When that comes on board, it will also wet the nation for us.”

According to him, the corporation is also interested in partnering with the African Refinery in Port Harcourt, a co-location facility, the CNCEC Chinese group, which is interested in building two refineries in Nigeria, the Waltersmith modular plant, in addition to collaborating with Azikel refineries on condensate production.

Yakubu stated that notwithstanding the global push for renewables, Nigeria has a local, domestic and regional market for hydrocarbons.

He added that Africa will continue to rely on fossil fuels at least in the next 20 years.

He said the country would not just fold its arms and do nothing with its hydrocarbons just because the International Energy Agency (IEA) has predicted a net-zero emissions scenario by 2050.

“Today, when you are bringing products into Nigeria, they disappear to neighbouring countries. There’s nowhere in countries around Nigeria that they sell fuel for less than N400 per litre. So, there’s a market,” he said.

On the country’s non-functional refineries, he said there was a deliberate effort to power the refineries down because of the need to do a full rehabilitation beyond the regular turnaround maintenance.

“We believe the only way to do that is to power them down to reduce some of the cost. We have heard that we are spending so much money on the refineries, yet they are idle.

“Of course, there are costs associated with idle refineries; we have staff salaries and remuneration and then the power plant utility operations. And also we need to maintain the plants in terms of preservation and lost investments because they are assets that we believe can be brought to life,” he said.

He stated that the NNPC was exiting the running of the country’s four refineries, and it has recently called for bids from competent and qualified contractors for that purpose.

Yakubu explained that NNPC was not in the best position to run the refineries and has opted for a new model, the Operation and Maintenance (O&M) for the running of the facilities.

He added that it is important to bring in O&M professionals, especially given the fact that as an engineer in the NNPC, no matter how competent, the employee must exit when they hit 60 years of age.

The COO said Expression of Interest (EoI) for organisations that would run the refineries was already out and many people had been evaluated.

He expressed optimism that the NNPC will choose the best contractors to handle the project.

According to him, it is becoming more difficult to get local lenders to finance fossil fuel businesses because of the renewable energy drive, adding that the NNPC is also looking for investors for the rehabilitation of its pipelines because they remain the best way to transport products from refineries to depots.

Meanwhile the DPR has said it is targeting to generate and remit about N900 billion into the Federation Account in the second quarter of the year.

The agency has also received over $20 billion investment proposals since the inauguration of the Oil and Gas Excellence Centre (NOGEC) in Lagos by President Muhammadu Buhari.

The Director of DPR, Mr. Sarki Auwalu, at a strategic management session with the management of the Nigeria Extractive Industries Transparency Initiative (NEITI) yesterday in Lagos, said the agency exceeded its first quarter revenue generation target by 6.99 per cent and that the actual amount it remitted was N452 billion.

The NEITI team was led by its Executive Secretary, Dr. Orji Ogbonnaya Orji, who said the team came to seek partnership with DPR on how to collectively ensure transparency and create value for Nigerians through the country’s oil and gas sector.

Auwalu added that the agency was working to double the first quarter remittance and is trying to support the government to deliver services to the people.

“January to March, we exceeded our target by 6.99 per cent. Actual collection, first quarter, N452 billion already sent to government and between April, May and June, I think if we are lucky, we will double this.

“It is expected to be around N900 billion, which is the budgeted figure. We are trying our best to support this government to make sure that this government really works for Nigerians,” Auwalu said.

He stated that the agency was serious about recovering whatever was due to the government which could be through withholding service instruments and penalties.

He added that the agency would rather want more royalties than penalties as a business enabler and a revenue generator.

Auwalu said this could be achieved through the various strategies adopted by the agency like automation of business and making sure that it improves transparency and accountability.

However, the DPR boss said since the inauguration of the National Oil and Gas Excellence Centre (NOGEC) by the president, DPR had received investment proposals of over $20 billion from local and foreign investors.