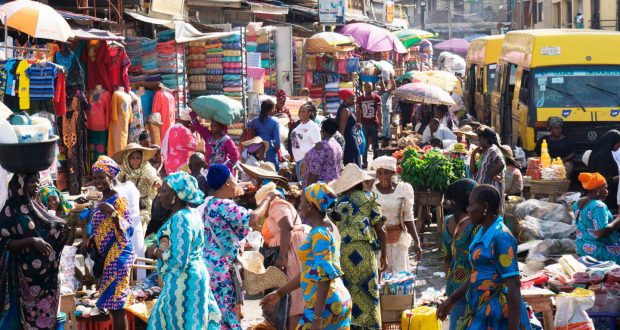 ……..by Jenifer Dike…….
Nigeria’s economy grew 0.5 percent in the first quarter of this year due to the higher crude production and oil prices. According to officials from from the National Bureau of Statistics (NBS) the marginal growth saw activities slowly gain momentum after the gradual easing of coronavirus lockdowns.
As the largest economy in Africa Nigeria exited its second recession since 2016 in the fourth quarter, despite a full-year contraction in 2020.

The country had been grappling with low growth before the coronavirus pandemic triggered a recession and created large financing gaps, including dollar shortages and inflation.

Nigeria is inoculating its 200 million citizens, but last month directed its regions to stop giving first doses of AstraZeneca vaccines once they use half their current stock, to safeguard supply for a second dose. read more

The NBS said the non-oil sector, which the government is trying to make the main growth sector, rose 0.79% in the first quarter. Telecoms, crop production, real estate, food manufacturing and construction lifted growth in the quarter.

Crude prices rose above $70/barrel on Tuesday but fell on Wednesday on renewed demand concerns as COVID-19 cases in Asia rose and fears that rising inflation might lead the U.S. Federal Reserve to raise rates, which could limit growth.

Oil, which accounts for around two-thirds of Nigerian government revenue and 90% of foreign exchange, contracted 2.21 percent in the first quarter as crude production rose to 1.72 million barrels per day from the fourth quarter.

The bank has pursued an accommodative stance by leaving interest rates on hold. However, dollar shortages have stoked inflation to a more than 4-year high, while a shrinking labour market and mounting insecurity have pressured households.

“While this points to the likelihood of firmer growth from the second quarter, it still does not allow for a more robust policy response to inflationary pressures,” Razia Khan, chief economist for Africa and the Middle East at Standard Chartered, said.