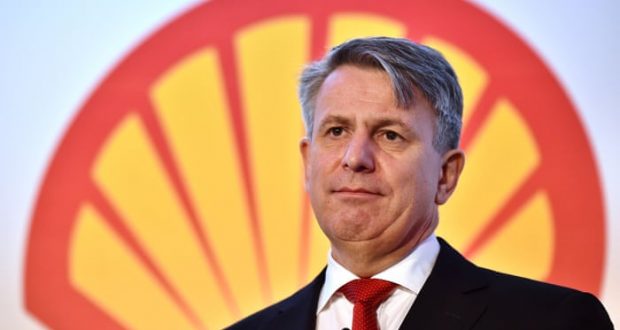 Civil society groups in Nigeria have urged the Nigerian government to compel Shell to clean up the massive pollution its extractive activities have created in the Niger Delta and cautioned that the company’s plans to move offshore is only targeted at evading the scrutiny that its onshore activities have attracted.

Three organisations – Health of Mother Earth Foundation (HOMEF), Corporate Accountability and Public Participation Africa (CAPPA), and the Environmental Rights Action/Friends of the Earth Nigeria (ERA/FoEN) – made this demand following reports that Shell is in talks with the Nigerian government to sell its stake in onshore oilfields.

Shell Chief Executive Officer, Ben van Beurden, had announced last week at the oil company’s annual general meeting in The Hague, Netherlands, that the company has struggled for years with spills in the Niger Delta because of pipeline theft and sabotage as well as operational issues.

Beurden had remarked that Shell cannot solve community problems in the Niger Delta, and added that, “that is for the Nigerian government perhaps to solve”.

But in a joint statement issued in Lagos, the three organisations described the Shell plan as a clear abdication of responsibility for years of ecocide in the Niger Delta and expressed worry that the Nigerian government will be setting a wrong precedent if it allows Shell to move offshore without addressing the grave environmental imprints its extraction has caused in the Niger Delta region.

Besides attempting to dodge responsibility over their onshore mess, Shell is attracted to offshore extraction because oil companies pay less, and sometimes zero, royalties to Nigeria on wells in deeper waters. The move to extend exploitation with impunity for higher profits is unacceptable.

The groups however noted that this is the time for Nigeria to diversify and transition from oil/gas rather than allow Shell and her cohorts to set their eyes on more polluting activities offshore.

Director of HOMEF, Nnimmo Bassey, said: “We never expected less from a company that has ridden roughshod on the environment and people of the Niger Delta while raking in blood profits. From Ogoni to Ikarama to Ikot Ada Udo and Ejama-Ebubu, the footprints that Shell wants to run away from are open wounds that cannot be healed by evading responsibility.”

He insisted that Shell’s operations have been a vicious cycle of reckless extraction, pollution and environmental degradation, utter disregard for the people, and brazen attempts to place the blame on the same people it has inflicted pains on.

Executive Director of CAPPA, Akinbode Oluwafemi, said: “We are not deceived by the media whitewash on the reasons for Shell’s so-called divestment. Shell must own up to the onshore mess. Offshore operations mean aquatic life will suffer and our fishers will make fewer catch. It means we will have more dead fish littering our shorelines. Ultimately, it will only expose the incapacity of the Nigerian government to track pollutions.

“What we demand is accountability and the Nigerian government owes the impacted people of the Niger Delta the responsibility of making Shell do that.”

Acting Executive Director of ERA/FoEN, Chima Williams, said: “It is simply unacceptable and wishful thinking for Shell to even think it could escape liability from the mess it has created in the Niger Delta. The landmark ruling of the Dutch court against Shell in favour of the Niger Delta farmers in January 2021 and the UK court ruling in February affirming the rights of communities to sue even in European courts have opened vistas of opportunities that communities will exploit to hold Shell accountable.

“Shell is going nowhere without cleaning up and paying up. The era of impunity is over.”

The groups urged communities that have been impacted by Shell’s operations to remain undeterred in their quest for justice, citing the January 29, 2021 landmark Dutch court ruling ordering Shell to compensate for oil spills in two villages over a decade ago as example to show victory will certainly come even if it is delayed. It urged the communities to explore legal tools such as the Liability Roadmap launched in 2020 to hold Shell to the task.

“There is no hiding place from the mess that Shell has created. It must not only own up, but it must also clean up and pay up. We are undeterred in our quest to bring Shell to justice,” they insisted.

Share about us
2021-05-24
admin
Previous: Agip Shuts Down Oil Wells in Bayelsa Due to Leakages
Next: NIPS 2021 to Hold as Scheduled