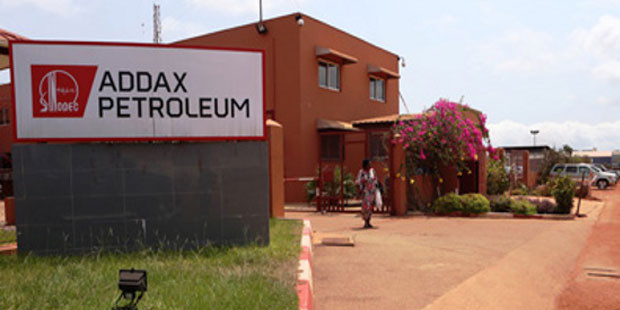 Members of the House of Representatives in an investigative hearing disagreed with the management of Addax Petroleum over the transfer of ownership of its assets to a Chinese company, SINOPEC, without the consent of the Ministry of Petroleum.

Minister of Petroleum Resources, Timipre Sylva, had accused Addax of selling the assets offshore to SINOPEC without the ministerial consent. He said they were also operating sub-optimally.

Addax had been accused of breaching a 1998 agreement with the Nigerian National Petroleum Company (NNPC) by transferring ownership to SINOPEC in 2009.

It would be recalled that the controversy surrounding this had led to the revocation and re-awarding of four oil mining licenses (OML) to Addax, under 24 hours.

The Department of Petroleum Resources (DPR) revoked four Oil Mining Licenses (OML) belonging to Addax on April 6. But on April 7, the President Muhammadu Buhari, through his spokesman, Garba Shehu, reversed the decision, citing commitment to “the rule of law and sanctity of contracts.”

At an investigative hearing by the House Committee on Petroleum Upstream on the circumstances surrounding the revocation and re-award of the four OMLs, Deputy Managing Director, Addax Petroleum, Tunji Maiyaki, said the revocation was illegal.

He said the steps it took, regarding the four licenses, were not supported by regulation, by law and by due process.

He said such action could not be taken against them because they did not own the license and were just contractors to the NNPC. He said the only party whose license could be revoked was the NNPC’s.

He said the ministerial consent for SINOPEC, which he said acquired the assets offshore on the Canadian stock exchange in 2009, was not a requirement until 2014, long after their agreement with NNPC.

“We cannot be guilty of something that was not a law at a time the issue was relevant. In 2009 when this acquisition occurred, there was no requirement for ministerial consent. To now attribute this purported revocation to a matter that happened how many years before belies logic,” Maiyaki said.

He said rather they have pumped in $10.4 billion in these assets as well as met other obligations to the tune of over $7 billion between 2009 and 2020.

Various lawmakers on the committee however disagreed with Maiyaki’s presentation.

They argued that there is no way another company will take over operation from another in the country without the consent of the government through the Ministry of Petroleum.

“Did Addax, as at the time SINOPEC came on board, make any communications to the minister, because the minister said he does not know about it and it is only the minister that has the right to approve for such a contract to be shifted to another company? So whether SINOPEC is the parent company to Addax, the law does not know that. The takeover of Addax was not properly communicated to the NNPC and it behoves on you to elucidate on that issue,” one the lawmakers maintained.

The lawmakers charged the company to produce evidence of prior written notice and prior written consent of the NNPC before assigning the assets to SINOPEC.

Maiyaki however, insisted such a requirement was not necessary because Addax’s interest has not changed irrespective of SINOPEC’s purchase in 2009.

“Addax has not changed it’s interest because SINOPEC purchased these assets offshore on the Canadian stock exchange,” he said.

The lawmakers could not make any sense of it as they insisted there was no way another company could take over such operations without notifying the people of the country.

They argued that even the 1998 agreement with NNPC did empower them to transfer the assets, saying it recommended termination of the contract if such occurs.

There was no agreement between both parties at the hearing, but the Committee chairman, Sarki Ada, adjourned, saying Addax would be invited at a later date.

At the previous sitting of the committee, the lawmakers had said they will summon the President and Minister of Petroleum, Muhammadu Buhari, if the Group Managing Director of the Nigerian National Petroleum Corporation (NNPC), Mele Kyari, fails to appear before them to make clarifications on the issue

Share about us
2021-05-24
admin
Previous: FG Signs Contract to Raise Power Generation by 360MW
Next: Agip Shuts Down Oil Wells in Bayelsa Due to Leakages