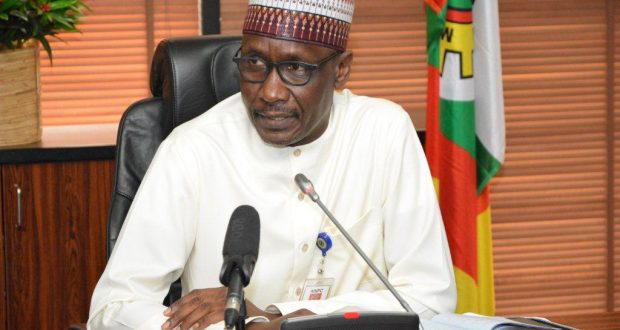 The Nigerian National Petroleum Corporation (NNPC) has once again remit zero Revenue to Federation Accounts Allocation Committee (FAAC) for the month of April.

The corporation, yesterday, made good its threat of a zero remittance at FAAC, as it deducted its subsidy payment for products importation, the implication of which is that the needed increase in prices of petrol might be shelved, at least for now.

It would be recalled that the NNPC Group Managing Director, Mr. Melee Kyari, earlier this month intimated the Auditor General of the Federation (AGF), via a letter, that due to the huge volume of subsidy payment reported as under-recovery as a result of the high cost of petrol importation to the country, it might not be able to deliver revenue to the Federation Account for monthly sharing by the three tiers of governments.

In the letter, the NNPC said it would deduct N112billion from oil and gas proceeds for April to ensure a continuous supply of products and guarantee energy security.

The sum of N618.886billion, without the NNPC contribution, was pulled and distributed among the tiers of governments, which is less by N153.292 billion when compared with the March figure.

Meanwhile, the Central Bank of Nigeria (CBN) is said to have hinted that the cash-strapped states have been appealing to the apex bank to extend their bailout refund loans, which is due, and have even taken the appeal to the National Council of State (NEC), where it is currently receiving attention at the highest level. But CBN it is said had not commenced deductions of their bailout funds.

The AGF, who is the Secretary of the FAAC, said the development, though not a pleasant one, but was very welcoming to douse tension, as Nigeria is an oil minerals dependent country.

“‘We just finished FAAC and I can confirm to you that NNPC delivered zero contribution to the Federation Account, yet the distribution went on seemingly. Though there was a marginal drop in the amount of revenue distributed, it is not enough to hamper the economies of the states negatively.

“This goes to confirm what we have been saying that it is the non-oil sector that is driving growth in the country and not the oil sector. At the meeting, other sectors rendered revenue, which we distributed, and we are happy by the development.”

A breakdown of the N616.886billion April revenue derived from statutory revenue of N429.733billion, comprising revenue from NCS, DPR and FIRS, showed that the federal government received N244.011billion, states received N193.432billion and local governments got N143.298billion, while the oil-producing states received N36.145billion as 13 per cent derivation and cost of collection/transfer and refunds got N79.468billion.

Also, there was a Value Added Tax (VAT) of N164.340billion; excess bank charges recovered, N0.563billion; exchange gain of N2.250billion and N20billion from non-oil revenue was added as augmentation.

The sum of N79.468billion was the total deductions for the cost of collection, statutory transfers and refunds, while the balance in the Excess Crude Account (ECA) was $72.413million.

The sum of N36.145billion was shared with the relevant states as 13 per cent derivation revenue.

Share about us
2021-05-22
admin
Previous: Lawmakers kick Against Plan by NERC to Further Hike Tariff on Electricity in June
Next: FG Says No Fuel Price Increase in June