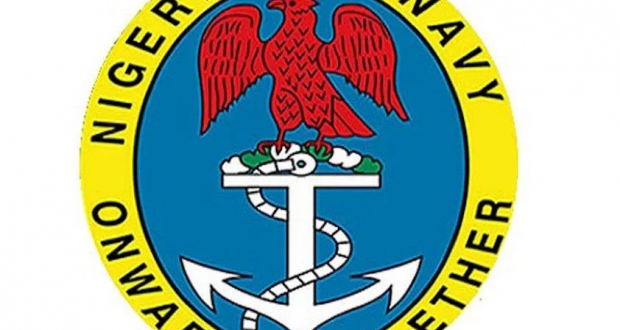 The Chief of Naval Staff, Vice Admiral Awwal Zubairu Gambo, made the disclosure at a press briefing to mark the 64 anniversary of the Nigerian Navy at the Naval Headquarters in Abuja.

He attributed the success of the fight against economic saboteurs to the increased effort of the NN Operation Bases especially through Operation RIVER SWEEP.

According to him, another key factor that contributed to the clampdown is the NHQ sensitization and directives to all Bases on zero tolerance to Crude Oil Theft (COT) and illegal bunkering activities.

He said, “I am delighted to inform you that the current administration of NN is focused on capacity building in order to improve maritime security in Nigerian waters and the Gulf of Guinea (GoG). The maritime threats that have significant effects in Nigeria’s maritime environment are piracy and sea robbery, Crude Oil Theft (COT), illegal oil bunkering, smuggling, Illegal Unreported and Unregulated Fishing (IUUF), insurgency, hostage taking as well as human and drug trafficking.

“In order to combat these threats, the NN adopted the Total Spectrum Maritime Strategy (TSMS) to guide its operational engagements. The strategy is based on a proactive layered response within 5 conflict spectrums characterised by distances to and from the coast.

“Within the last four months, the NN conducted and also participated in 13 Exercises (Ex) and operations (ops) geared towards combating illicit activities in Nigeria’s territorial waters especially the back waters.
“Pertinently, these Ex and ops which are considered as game changers include Ex TSARE TEKU, Ex SECURED WATERS, Ex AMJI JIJI, Op RIVER SWEEP, Op CALM WATERS and Op TRI-PARTITE JOINT BORDER PATROL amongst others. Some combined Exercises such as Ex OBANGAME EXPRESS were also conducted in collaboration with regional and international navies and other maritime stakeholders for the good governance of the nation’s maritime space including the Gulf of Guinea.”

On anti piracy operations, Gambo revealed that, “it is important to state that the NN has deliberately instituted dedicated operations and initiatives to enhance its policing capability towards the peaceful use of the nation’s maritime environment. These initiatives have engendered several recorded successes in the operations of NN bases.

“For instance, 13 incidents of piracy attacks were recorded from July – December 2020. However, as from January – May 2021, there were only 5 pirate attacks. The rate of pirate attacks have been on the decline from what was witnessed in the last half of the Year 2020. Let me therefore say with all sense of modesty that this is attributed to our increased number of hours and sustained presence at sea”.

He continued that, “the Service has also performed credibly well in the fight against COT and illegal oil bunkering considering the short period that this administration has been in the office. The NN has through ops conducted by ops bases and Forward Operating Bases (FOBs) cumulatively deactivated a total of 95 illegal refineries between January and May 2021.

“The NN also recorded successes in anti-COT ops which has reduced illegal oil dealings within the Nigerian maritime environment within the period under review. For instance, the NN denied criminal oil entrepreneurs about 128, 612 barrels of crude oil valued at about N2,598,219,624 and 15,317,150 litres of AGO valued at over N3 Million.

“Additionally, approximately 5,150 litres of PMS valued at about N1 Million and 3,193,251 litres of DPK valued at about N606,717,690 were impounded from criminals between January and 17 May 2021. The success of denying Nigeria’s economic saboteurs thousands of barrels and litres of crude oil and AGO and saving the nation billions of Naira could be attributed to the increased effort of the NN Ops Bases especially through Op RIVER SWEEP. Another key contributing factor to the success is the NHQ sensitization and directives to all Bases on zero tolerance to COT and illegal bunkering activities.

“The anti-smuggling ops are another critical area that the NN recorded success during the last four months. The NN through 2 key anti – smuggling ops, namely: Ops TRI-PARTITE JOINT BORDER PATROL and CALM WATERS has ensured round the clock presence and effective patrol of all identified hot spots of smugglers. From records, 91 NN ships clocked a total of 7,552 hours at sea during the period under review, leading to a significant decline of smuggling activities in our waters.

“Notwithstanding, two suspected rice smugglers, two smuggling boats and seve vehicles cumulatively laden with 1,842 bags of rice were arrested within the period under review. In a related development, the Nigerian Navy Ship LUGARD in Lokoja recently arrested 2 suspects with 16 bags of Cannabis Sativa weighing a total of 550kg.

“The suspected smugglers and their boats with products were handed over to the respective prosecuting agencies; referring to EFCC, NCS, NIS and NDLEA for further action. Details of the persons and number of bags of rice seized are as shown on the screen. These achievements also reinforce NN drive towards eradicating rice smuggling in support of the FG policy on local rice production.

The CNS also noted that there was increased maritime domain awareness within the last four months, adding that, “the NN carries out round the clock surveillance of Nigeria’s maritime space using the Regional and Maritime Awareness Capability (RMAC) and Falcon Eye facilities in addition to the use of vessels and helicopters.

“The NN has 24 Maritime Domain Awareness (MDA) Centres located across the Nigerian coastline. Due to their availability, NN patrols are now more mission oriented with attendant reduction in operational logistic costs. The infrastructure has been instrumental in several known rescue as well as classified operations.”

Gambo represented by the Chief of Policy and Plans, Rear Admiral Christian Ezekobe, also gave highlight on fleet renewal, “to enhance NN’s response capability, the present leadership of the NN under V Adm Awwal Gambo is fully committed to acquiring more requisite mix of platforms for the Service. In this light, the NN took delivery of the Hydrographic Survey Vessel on Mon 17 May 21 in Lagos.

“The vessel sailed from Saint Nazaire, France for Lagos on 18 Apr 21 and is named after the decommissioned NNS LANA. The renewed emphasis on fleet renewal by this administration is further underscored by ongoing efforts for procurement of another 35 metres survey vessel and 3 Leonardo Helicopters.

“In an effort to boost operations, the Service recently took delivery of 4 C- Falcons interceptor boats for Nigerian Navy Special Boat Service. In addition, 90 Rigid Hall Inflatable Boats have been procured. The NN has continued to engage local companies such as Messrs Epenal, Tuwasco and SEWA to build platforms for the Service.

“This has not only enhanced local content development but facilitated capacity building in Nigeria’s maritime industry. Importantly, all this would not have been possible without the continuous support of the FG under the able leadership of President Muhammadu Buhari GCFR.”

On human resource management, he observed that, “the NN is a technical Service that requires well trained and motivated personnel to man and operate its high value assets. To this end, the NN has maintained its standard of producing professionally competent personnel, who are regularly given qualitative training both within and outside Nigeria in line with international best practices.

“I am glad to assert that, these have greatly assisted in building further capacity and human resource management and thereby enhancing maintenance and operations of the fleet.

“On manpower generation, the NN has recently commissioned 45 officers and enlisted 1,170 ratings. These newly commissioned and enlisted personnel have already joined the fleet. Presently, the training for another sets of officers is ongoing at both the Nigerian Defence Academy Kaduna and Nigerian Navy College Onne while the recruitment exercise for the next set of ratings is at its final phase.

“With respect to welfare, I would like to reiterate that the development and welfare of NN personnel are core aspects of NN administration. It is in this spirit that the CNS during his maiden address stressed that the issues of personnel welfare shall be taken seriously by his administration.”