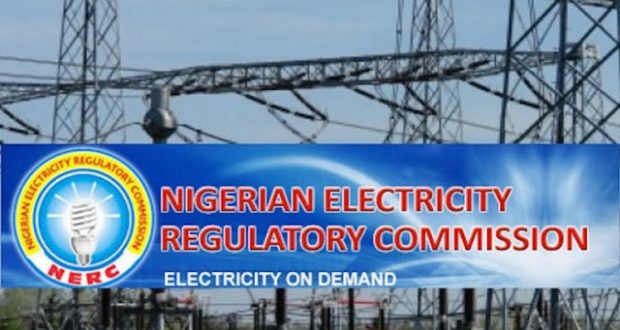 Premised on improved electricity service to consumers, Nigerian Electricity Supply Industry through the Service Based Tariff (SBT) may have succeeded in improving revenue collection by about N260b in the last four months, but to the detriment of the masses.

President Muhammadu Buhari had, in September last year, vigorously defended increase in electricity tariff tagged Service Based Tariff (SBT), stressing that it was the only gateway to improving power supply to the masses.

Speaking at the First Year Ministerial Performance Review Retreat for Ministers, Permanent Secretary and top government functionaries at the State House Conference Centre in Aso Villa, Buhari, represented by Vice President Yemi Osinbajo said: “The other painful adjustment we have had to make in recent days is a review of the electricity tariff regime.

“The recent service-based tariff adjustment by the DisCos has been a source of concern to many of us. Let me say frankly that like many Nigerians, I have been very unhappy about the quality of service given by the Discos. That is why we have directed that tariff adjustments be made, only on the basis of guaranteed improvement in service.”

While the SBT is billing consumers depending on the hour of electricity they enjoy per day, the World Bank in a latest survey had insisted that 78 per cent of power consumers in Nigeria get less than 12 hours of daily supply of electricity. But government data showed that above 45 per cent of Nigerians, categorised under band A, B, C are enjoying between 13 to 24 hours of electricity daily.

Special Adviser to the President on Infrastructure, Ahmad Rufai Zakari had told The Guardian STB had raised aggregate average tariff by 36 per cent, adding that collections by DisCos in the sector went up by above 60 per cent.

The implication of the financial improvement, according to him, is that the sector recorded N65b in collection in the January billing cycle. The indication is that the sector would have made about N260b in the first four months of 2021, a development that should ease government spending subsidy to the sector.

However, generation capacity and level of energy consumed by end-users remained dismal, standing between 4,000megawatts and 2,000MW post and pre-introduction of tariff, as electricity consumers, industry stakeholders as well as civil society organisations, yesterday, insisted that the quality of service in the sector may be going from bad to worst.

Indeed, Nigerians across communities are still forced to buy electricity poles, wires and transformers to enjoy supply, a situation that should be an aberration, if the service based tariff lived up to expectations.

While the industry regulator, Nigerian Electricity Regulatory Commission (NERC) has failed to publish Sector performance since the SBT was introduced, especially the Aggregate Technical, Commercial and Collection (ATC&C) losses, the Minister of Power, Sale Mamman, had last month admitted and apologisesd over the failing power supply in the country, blaming the development on gas constraints.

Professor of Petroleum Economics and Policy Research, Wunmi Iledare, noted that DisCos may have succeeded in capturing the regulatory agency, noting that NERC appeared not to be acting in the right direction.

“I am not sure you can increase rate when services have not increased. I have not seen that anywhere in the world; where people pay ahead before capacity is expanded. I would not say services have improved, perhaps in major cities and not in smaller towns. The news I hear from Abuja is not encouraging either,” he said.

The professor equally noted that the captive areas of the DisCos were too big to ensure improved service delivery, stressing that the market should be divided into smaller manageable and accountable local distribution firms.

President of the Nigerian Association For Energy Economics (NAEE), Prof. Yinka Omorogbe, said the situation in the power sector remained shameful amidst tariff increase, adding that half of the country still lacks electricity outside the electricity grid.

“The increase in tariff does not correspond with service. Was the reason for the bad service because they don’t have money? Was it because people were not paying enough electricity? Is all going right with our transmission, generation and feedstock for electricity system? Those are basics we should be asking.

“When you look at the sector, it was the problem of if you pay us more, we will be able to guarantee you electricity. We should know that the electricity sector is in a mess. We should not talk as if we have electricity in this country because we don’t. Half of our people don’t have it. We generate shameful amount of electricity,” she said.

Former Managing Director at Nigerian Bulk Electricity Trading Plc., Rumundaka Wonodi noted that consumers do not feel improvement in service. Stating that the feeling in the market was subjective, Wonodi noted that an objective monitoring through metering at wholesale or feeder level would show when power is available.

“My take is that for the service based tariff to make sense, there must be accountability through wholesale meters that can show the number of hours power was consumed,” he said.

An energy expert, Ameh Madaki, who noted that there has been a modest improvement in the supply at his Abuja residence since the introduction of the cost reflective tariffs, stressed that the penchant for further increases creates the impression that the pretext of improved services is a booby trap designed to shortchange consumers and make electricity costs more expensive.

“The sector needs to engage in a soul searching exercise to strip itself of bogus costs, which tend to increase the cost of rendering the service, instead of passing such inefficient costs to the consumer with all the attendant multiplier effects on the economy,” he said.

PricewaterhouseCoopers’s Associate Director, Energy, Utilities, and Resources, Habeeb Jaiyeola said while many consumers may have experienced tariff increase, the same may not be said for improvement of service, stressing that mechanisms to monitor, which required initial consultation with consumers before tariff increase may need to be enforced.

Jaiyeola said the conditions set by NERC, which required negotiations with customers, full metering, and abolishing of estimated billing, prior to tariff increase remained challenging to implement, especially in areas where there is a mix of societal class.

“The service based tariff is intended to ensure government does not continue to subsidise power consumption by the rich, while ensuring the poor do not experience tariff increases.

“This may be challenging to actualise in mixed class settlements, and may adversely affect the poor in such situations. This may then be further complicated by the existence of uneven metering with the existence of prepaid and postpaid customers within the settlements,” Jaiyeola said.

The expert added that the conditions characterise the situation in most urban settlements, which makes it difficult for SBT’s intent to be achieved evenly across the country.

Share about us
2021-05-10
admin
Previous: Multinational May Be Compelled to Take Responsibilities For Oil Spills
Next: African Countries Lead in Global Effort to Eliminate Mercury-Based Lighting