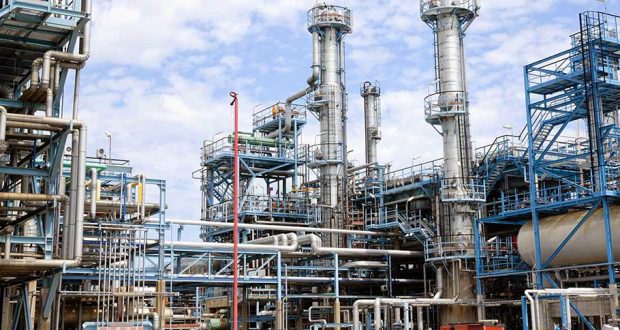 Rehabilitation Work Commences at PHRC, NNPC to Deliver in April 2023

Rehabilitation work has started at the Port Harcourt Refinery Company (PHRC) as the Group Managing Director of the Nigerian National Petroleum Corporation (NNPC), Mr. Mele Kyari has assured that Refinery will come on stream on or before April 5, 2023 when its repairs will have been completed.

Speaking at Eleme, Rivers State, at the technical kick-off of the PHRC rehabilitation project, Kyari, who was represented by Mr. Umar Ajiya, Chief Financial Officer of NNPC, said the NNPC team hoped that Area 5 of the complex would be ready on the aforementioned date so that local petroleum refining could resume in Nigeria after decades of lull.

According to him, the Corporation’s management remained totally committed to supporting the contractor, Maire Technimont SPA, to ensure schedule optimisation by cooperatively dealing with any snags that might cause delay in project delivery.

He assured of NNPC’s support wherever needed, either internally or externally.

“Nigerians expect their refineries to be up and running even though a giant one is coming. This is paramount to them,” Kyari said, adding: “This is first time we’re carrying out a major rehabilitation. Technimont is an excellent company and we expect the best.”

Expressing the Corporation’s gratitude to all stakeholders involved in achieving this milestone, Kyari said: “We are available to support this project fully and will play our part. We will pay our contractor as and when due according to milestone achieved. We shall commit to any approval needed and visit from time to time to see the plant.

“We are happy we have the contractor onboard. With strong collaboration of all parties involved, we will achieve the desired results. We have both government and private sector financing. We have the finance ministry, NEITI, unions and other stakeholders on board this project. They want to see transparency so they can report same to Nigerians and this is one of the most transparent processes ever.”

Ruling out the possibility of incurring additional costs, Yakubu thanked the federal government for the release of $1.5 million for the project, disclosing that 3,000 people would work on the PHRC rehabilitation project.

“We can’t afford to fail or ask for more. We target at least 90% refining capacity when operational. It must be hitch-free and that is why we are engaging the host communities appropriately. 200 million Nigerians are looking up to us and we can’t afford to fail. We’ve been on this journey since 2019,” he stressed.

In his presentation, Managing Director of PHRC, Ahmed Dikko, said the complex has the first and newest government-owned refinery, explaining that Turnaround Maintenance (TAM) was done in 1992, 1994 and 2000.

“Federal Government approved the use of original refinery builders as single bidder for TAM in 2011 but the Presidency approved the change in strategy from ORB to selective bidder in 2020.

“All process plants 1&2 have been made hydrocarbon free ready for plant handover. The cleaning of 10 storage tanks is ongoing, since our waste water treatment has some oil; but they’re being made hydrocarbon-free. The refinery was commissioned in 1965,” he said.

In his contribution, Masu Alberto, the contractor, Maire Technimont SPA’s representative, said the journey to today’s final commencement of the rehabilitation of PHRC started in 2017 with integrity test of the complex.

“In 2019, we did work on it and then now,” he said. “We’re deploying a good number of engineers. Due to the pandemic, it’s quite challenging deploying people but we have to trudge on.”

“The replacement of electrical equipment in substation, primary earthing integration and new lighting system is part of the project,” he said.

It is said that the actual cost of the PHRC rehabilitation is $1.299bn but had to be adjusted for taxes and other charges, bringing the total cost to $1.5bn, an amount which would be provided through what government has described as a multi-prong funding strategy.

Furthermore it is said that Warri and Kaduna refineries are the next to be overhauled after PHRC.