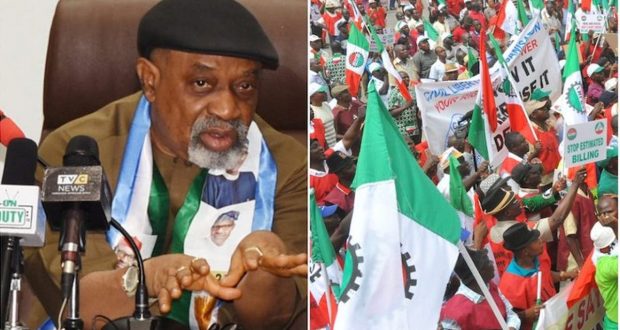 The Nigerian Electricity Regulatory Commission is going ahead with plans to review power tariffs in July this year despite widespread resentments by the organised labour, consumer groups and other individuals.

NERC had announced on April 26, 2021 that another tariff review for Nigeria’s 11 power distribution companies would hold in July, explaining that inflation, gas price, among others, had changed.

It disclosed this in its notice of Minor and Extraordinary Review of Tariffs for Electricity Transmission and Distribution Companies, a development that might lead to a rise in the tariffs payable by electricity users.

But on April 30, the Minister of Power, Sale Mamman, dismissed concerns of a major hike in electricity tariffs, as he clarified that there was no plan to significantly raise tariffs.

Mamman said instead of a significant hike in electricity tariffs, Nigerians should expect increased efficiency in the sector to reduce tariffs, while managing headwinds from foreign exchange and inflation.

However, after the tariff hike dismissal statement of the minister, the NERC on Sunday granted approval for the Extraordinary Tariff Review applications, Performance Improvement Plan and Capital Expenditure for electricity distribution companies.

It was gathered that the Discos had applied for cost reflective tariffs, which would warrant a hike in the rates payable for electricity if implemented.

The NERC announced the approval of Discos’ tariff review applications in the commission’s Order on Performance Improvement Plan and Extraordinary Tariff Review applications for power distributors operating in Nigeria.

It said the PIP and Capital Expenditure programme would take effect from July 1 and remain effective until June 30, 2026.

Power consumer groups and the Nigeria Labour Congress resisted the moves by the Federal Government and its electricity sector regulator on Monday, but the NERC insisted that the review would definitely hold.

The commission, however, noted that it was the prerogative of the Federal Government to implement the outcome of the review, stressing that tariffs must be adjusted based on the prevalent economic realities.

In an emailed response to enquiries by our correspondent, the Head, Public Affairs, NERC, Michael Faloseyi, said, “The review is part of what the commission does at specified intervals.

“The outcome of that exercise and its applications are different things all together. No one can pre-empt the outcome of the review exercise until the process is completed.”

On the size of government’s subsidy in the sector so far, considering the fact that it was only the government that would decide if the outcome of the review would be implemented, the NERC official replied, “The Federal Government has intervened in the market at various times and the figure is there as of public knowledge.”

Since the sector was privatised in November 2013, the government had injected over N1.2tn into various arms of the industry.

It is said that the World Bank had the Federal Government spends N568.5bn annually on power tariff shortfalls.

On the position of the NLC on the tariff review, the President of the congress, Ayuba Wabba, said resolutions on the issue were reached by the National Executive Council of the labour union recently.

Some of the resolutions, which were made available to our correspondent, were that the government should be clear and straight on its engagement with organised labour on the management of electricity tariff.

“The NEC said that it would not allow government to hide under the guise of ‘sine die’ engagement with organised labour to afflict Nigerians with further increases in electricity tariff,” the NLC stated as part of its resolutions on the tariff review matter.

The union also strongly objected to the World Bank’s claim that energy tariffs were subsidised by about 70 per cent, as it argued that the power privatisation programme was at the bidding of the World Bank and other Bretton Woods institutions.

“The NEC called on the World Bank to be courageous enough to admit that its ‘one size fits all’ prescriptions have failed again,” the NLC stated.