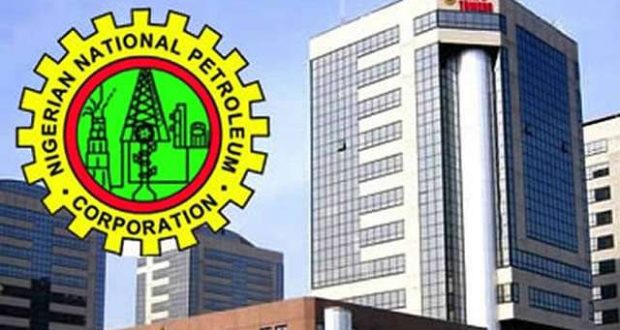 The Nigerian National Petroleum Corporation (NNPC) has raked in about N267 billion on crude sales in the month of February 202. While production remains 1.42 million barrels per day in the first quarter of 2021, this was contained in a document presented to the Federation Account Allocation Committee (FAAC) at its April 2021 meeting.

The value of the crude, both export and domestic for February, was 97 per cent higher than that of January which was N134.35 billion.

Domestic gas receipts in the month were N5.75 billion, while feedstock valued at $66.43 million was sold to the Nigeria Liquefied Natural Gas Limited (NLNG) during the period, out of which $63.79 million was received during the month.

In addition, $2.22 million was classified as receipts from miscellaneous sources, including gas and ullage (the amount of empty space in a cargo ship’s hull or in an oil terminal tank) fees as well as interest income received in March.

The corporation’s value loss due to payment of subsidy as revealed last week in a letter to the accountant general of the federation was also reflected in the document obtained by THISDAY, although it wasn’t clear what gave rise to the difference in the sums which was N112 billion in the letter to the AGF while it reflected N60.4 billion in the FAAC document.

“The shortfall of N60.4bn arising from the difference between the landing cost of petrol and the ex-coastal price in the month of February 2021 affected the revenue accruable to the federation.

“The corporation, being the sole importer of petrol, awaits the outcome of the engagement between government and relevant stakeholders to establish an appropriate petroleum products pricing methodology in a deregulated environment,” the NNPC added.

According to the document, the landing cost for the 36 vessels that brought in the product into Nigeria ranged from N155 to N170, while the ex-depot price remained at N128 and the loss per vessel ranged from N347 million to N3.4 billion, based on the 1.74 billion litres imported during the month.

On Joint Venture (JV) repayment agreement, the NNPC noted that till date, it has paid $3.1 billion out of the total negotiated debt of $4.6 billion owed its JV partners, with an outstanding balance of $1.54 billion.

In terms of production losses, N1.63 billion worth of petrol was lost on three pipelines, namely: Atlas Cove/Mosimi, Mosimi/Ibadan and Ibadan/Ilorin segments the month under consideration.

February total crude oil exports payable in March was $93.3 million, while February domestic crude oil payable in May in line with the 90-day payment terms was N231.8 billion, the corporation said.