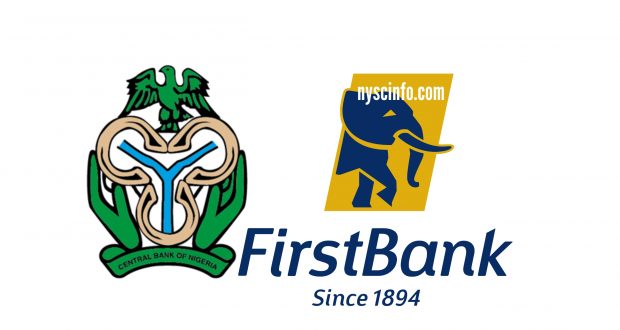 The sum of the loan could not be ascertained last night but the flour mill is the brainchild of Mr. Oba Otudeko who was sacked from the board of FBN Holding last week.

Dr. Adesola Adeduntan, who was removed by the board of the bank without the consent of the CBN, was back at his desk later in the week following the intervention of the apex bank.

The share price of FBN Holdings (FBNH) Plc dropped to N6.90 at the Nigerian Exchange Limited (NGX), following the dissolution of the company’s board.

It is the highest drop since December 2020.

It is said that Honeywell Flour Mills “is required to fully repay its obligations to the bank within 48 hours failing which the CBN will take appropriate regulatory measures against the insider borrower and the bank.”

The apex bank is said to be shocked that “after four years, the bank is yet to perfect its lien on the shares of Mr. Oba Otudeko in FBN Holdco which collaterised the restructured credit facilities for Honeywell Flour Mills contrary to the conditions precedent for the restructuring of the company’s credit facility.”

Otudeko had apparently used his shares in FBN Holdco as collateral for the loan facility extended to Honeywell by First Bank.

He stands the risk of losing his shareholding in FBN Holdco if he fails to offset the loan within the 48 hour deadline given by the CBN.

The apex bank is said to be upset with the First Bank for alleged non-compliance “with regulatory directives to divest its interest in Honeywell Flour Mill despite several reminders.”

Similarly, the CBN also dismissed First Bank’s excuse for the delay “in resolving the long outstanding divestment from Bharti Airtel Nigeria Ltd in line with extant regulations of the CBN.”

Accordingly, the CBN ordered First Bank “to divest the equity investments in all non-permissible entities such as Honeywell Flour Mills and Bharti Airtel Nigeria Ltd within 90 days and forward evidence of compliance in accordance with the timelines above to the CBN.”

Breifing the press on the dissolution of the Board of the FBN and its holding company, CBN governor Godwin Emefiele said that before the 2016 intervention by the CBN, “the problems at the bank were attributed to bad credit decisions, significant and non-performing insider loans and poor corporate governance practices.”

The shareholders of the bank and FBN Holding Plc, he said, “also lacked the capacity to recapitalise the bank to minimum requirements.”

He said that despite CBN’s support for the bank from 2016 to 2020, “the insiders who took loans in the bank, with controlling influence on the board of directors, failed to adhere to the terms for the restructuring of their credit facilities which contributed to the poor financial state of the bank.”

He added: “The CBN’s recent target examination as at December 31, 2020 revealed that insider loans were materially non-compliant with restructure terms (e.g. non perfection of lien on shares/collateral arrangements) for over 3 years despite several regulatory reminders.”

The management of First Bank has confirmed that Dr Adesola Adeduntan had returned to his post as Chief Executive Officer of the bank in line with the directives of the CBN.

“We can confirm that the bank is cooperating with the Central Bank of Nigeria and other regulators while the operations of the bank are not hampered or hindered in any way and are in fact running smoothly,” it said in a statement, adding: “We further wish to reassure the public, our esteemed customers and stakeholders in the words of the Governor of the Central Bank in concluding his press conference.”

According to the management of First Bank, there is, therefore, no cause for panic amongst the banking public, given that the actions being taken are meant to strengthen the bank and position it as a banking industry giant.

The share price of FBN Holdings (FBNH) Plc on the Nigerian Exchange Limited (NGX) dropped by 6.75 per cent to N6.90 following the Central Bank of Nigeria’s (CBN) dissolution company’s board.
.

The drop is the highest since December 10, 2020. The CBN in a statement said it had to intervene in the crisis in the FBN to “preserve the stability of the bank and protect minority shareholders and depositors.”