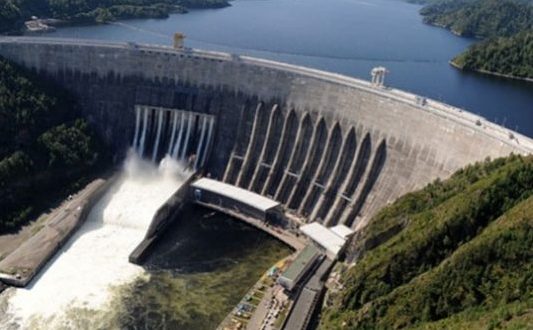 President Muhammadu Buhari has directed the Nigerian Sovereign Investment Authority (NSIA) to review the progress made on the Mambilla Hydro Electric Power Project, a statement from the power ministry has said.

The statement by Mr Aaron Artimas, Special Adviser, Media and Communications, to the Minister of Power, in Abuja said the president also directed NSIA to carry out value engineering of the project in pursuit of optimised implementation and delivery.

Aaron quoted the Minister of Power, Mr Sale Mamman, as saying this when he received the management team of

Mamman said that the NSIA had been given three months to submit a comprehensive report, detailing the findings of the value engineering and also providing recommendations to move the project forward.

In spite of the challenges experienced in the project’s implementation, the minister assured stakeholders that all efforts toward delivery had been stepped up, following the Federal Government’s reinvigorated effort to fully resuscitate the project.

Mamman explained that a key stumbling block to execution was the ongoing legal challenges with the former contractor, Sunrise, which had admittedly encumbered further development of the project.

“At this juncture, the government is in the process of finalising settlement terms leading to an amicable arbitration, so that the project can take-off in earnest,” he said.

The minister disclosed that as part of the process of acquisition of the land, the ministry of power had signed a Memorandum of Understanding with the Taraba state government, following which, land and aerial survey activities were successfully conducted.

” Sensitisation and enlightenment activities have also been carried out with the full buy-in and participation of stakeholders and host communities,” he said.

Mr Faruk Yabo, Chairman, Project Delivery Committee, who provided insights into the take-off of the project, said the ministry of power had already committed N200 million to the training of junior and mid level artisans to ensure the availability of manpower for the project.

He said the artisans to be trained included electricians, plumbers, Masons, drivers and cooks.

The committee chair emphasised the ministry’s desire to follow through on smooth implementation, stressing that

“once the project starts, there is no stopping.

“Three important issues which may threaten the smooth execution of the project have been prioritised for special attention. These include: financial viability and sustainability; the land acquisition and the arbitration, to free the project from any encumbrances,” he said.

Yabo further disclosed that the office of the Attorney General of the Federation had reached an understanding with Sunrise, the former contractor, and that an amount had also been agreed.

He pointed out that the settlement might have been delayed by the challenges of the COVID- 19 pandemic.

Earlier, Mr Yuan Baoyi, Vice President of the China Gezhouba Group International Engineering Company, assured that his company was ready to mobilise, once all issues regarding financing, land acquisition and arbitration were settled.

Share about us
2021-05-01
admin
Previous: NLNG Targets Eradication of Malaria from Bonny Island by 2030
Next: Local Content : Group Kicks Against Restoration of OML 123. 124 to Addax/Sinopec