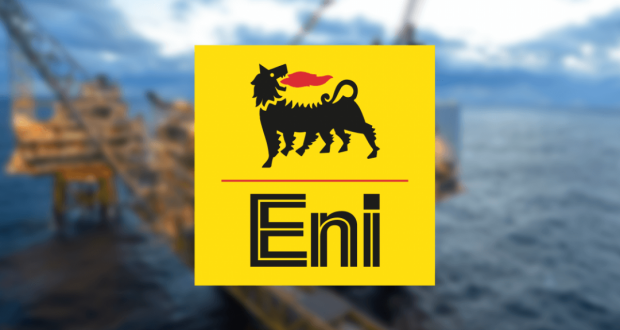 ……….To fund Alternative Energy…….
Italian oil exploration firm, Eni is considering spinning off oil and gas operations in Nigeria, other West Africa and the Middle East countries into new joint ventures (JVs) to help reduce debts and fund its shift to low-carbon energy, according to sources.

Africa’s biggest foreign oil and gas producer, Eni has prized assets in Nigeria, Congo and Angola. Apart from its big production centres in Egypt and Libya, it has built a presence in the Gulf and is looking to grow in Asia.

The move is part of a major overhaul the company launched last year as it transitions into renewables and a gradual tapering of oil and gas output. Eni aims to replicate the success of its 2019 oil and gas spin-off in Norway, where it formed JV Var Energi with a private equity firm HitecVision and retains a 69.6 per cent stake.

That created Norway’s second largest oil and gas producer after acquiring Exxon Mobil’s portfolio there for $4.5 billion, giving it production of about 150,000 barrels of oil equivalent daily. The investment has been profitable, paying Eni nearly $1.3 billion euros in dividends since its creation.

“The company is working on doing more of the same (as Var) with chosen partners in West Africa and the Near Far East and Far East,” a source said.

Creating a separate entity will allow Eni to shift some of its debts, which rose last year to 26.7 billion euros ($32.2 billion), off its balance sheet given it will no longer be consolidated at group level, the sources said.

With lower debts, Eni hopes to raise new capital to build its renewables and low-carbon business which will form the backbone of the future company.

Eni has recently held talks with several large oil and gas producers, including BP and Total, to merge parts of their operations in West Africa and the Middle East, sources told Reuters.

Eni, BP and Total declined to comment. BP and Total face challenges similar to Eni’s in terms of managing debts and low-carbon emissions but it remains unclear if the talks will be successful, the sources said.

Europe’s top energy companies were forced to raise record amounts of debts after oil and gas demand cratered in the wake of the pandemic. Eni Chief Financial Officer Francesco Gattei in February told analysts that there are “opportunities” in business combinations like Var Energi to remove debts from Eni’s balance sheet.

“We aim to replicate our Norwegian Var model in different countries, with potential business combinations which are currently under screening,” Gattei said at the time.

Other companies have gone down the same path in recent years. BP merged its Norwegian operations with local producer Det Norske in 2016 to create Aker BP, which trades on the Oslo Stock Exchange.

Large oil companies prefer operating oil and gas fields, taking pride in their operational capabilities.But for Eni, which has said its oil output will start tapering off after 2025, the JV model offers a way to cut costs and squeeze more money out of the oil and gas division.

Eni, headed by veteran oilman Claudio Descalzi, is also mulling spinning off its new retail and renewable energy business next year in order to raise funds. It could list a minority stake in a unit that could be worth around 10 billion euros, according to sources.

Like its peers, Eni has set ambitious targets to slash planet-warming emissions to net-zero by 2050 while rapidly expanding its renewable power generation and biofuel capacity.

The joint ventures model offers companies a way to build a new low-carbon business centred around renewables, power trading and retail, while jettisoning legacy oil and gas businesses which will be wound down over time, a senior source close to Eni said.

The new model also offers transparency to investors regarding greenhouse gas emissions, he added. “If you still co-own the new company you’re still liable for the emissions. But you can report them separately which allows you to show investors how you are decarbonising your core business.’’

Share about us
2021-04-30
admin
Previous: Oil Hits Six-Week High $68.47 as Dollar Weakens
Next: Petrol: No Remittance to FAAC in May After N111 Billion Subsidy Deduction – NNPC