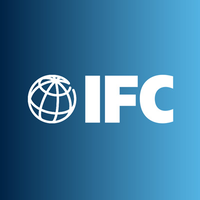 According to a statement from the Daystar Power Group, the investment is still going through regulatory approval by the IFC and when approved, the funds will be used as part of a $40 million Phase 1 capacity expansion project.

This investment reflects IFC’s launch of the Climate Change Investment Program for Africa (CIPA), a sustainable energy financing and advisory program in sub-Saharan Africa, where demand for power and water is increasing along with risks associated with climate change.

This was to grow its operations in its key markets of Nigeria and Ghana, while expanding to other regional countries including Côte d’Ivoire, Senegal, and Togo.

A report by ResearchGate states that renewable energy in a long run will influence economic growth, providing energy security, green jobs that will contribute to sustainable growth and development in Nigeria. Also, the Nigerian government was looking in that direction when it initiated the Renewable Energy Master Plan (REMP).

The IFC is an international financial institution that offers investment, advisory, and asset management services to encourage private-sector development in less developed countries.

The IFC, which was established in 1956 as the private-sector arm of the World Bank Group, is headquartered in Washington, D.C. in the United States and is expected to advance economic development by investing in for-profit and commercial projects for poverty reduction and promoting development.

Share about us
2021-04-28
admin
Previous: Electricity Tariff Set to Rise in July as NERC Reviews MYTO
Next: NNPC/CHEVRON JV Spends over N7 Billion on GMoU with Egbema/Gbaramatu Kingdoms