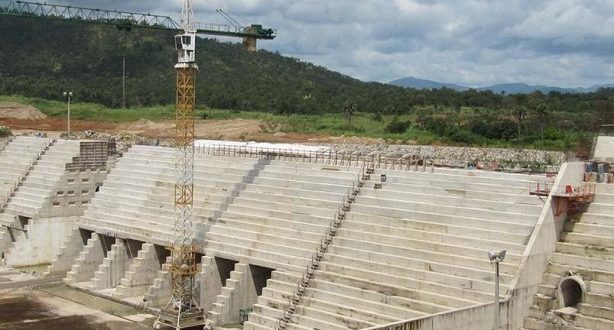 The Nigeria Labour Congress and other stakeholders in the power sector on Monday kicked against the decision of the Federal government to reduce the capacity of the Mambilla Hydroelectric Power project by 50 per cent.

In February this year, the Minister of Power, Sale Mamman, announced that the capacity of the Mambilla project had been revised downwards from 3,050 megawatts to 1,525MW, as the review would save Nigeria $1bn from the project.

Currently the government is subjecting the 50 per cent reduction in the project’s installed capacity to an independent review.

Reacting to the downward review of the capacity of the project, the Deputy President, Nigeria Labour Congress, Joe Ajaero, kicked against the development, stressing that Nigeria needed all the power it could get.

Ajaero, who doubles as the Secretary-General, National Union of Electricity Employees, told our correspondent that the decision to review the Mambilla project capacity downwards should be looked into again.

He said, “The issue of reducing it from 3,050MW to 1,525MW; is it based on the design, power demand of the nation or are they planning to do it in instalments? If that is the case, then the civil works must be concluded.

“If they conclude civil works that will have capacity to carry over 3,000MW, then they can start with about 1,000MW by installing turbines. Not to say that the project’s capacity has been dropped or revised to 1,525MW.” e added, “The picture is not really clear. Is it that they don’t have money to do it? From the start, they knew the cost for 1,525MW is not the same as that of 3,050MW. So, why say you are going to reduce it?

“This is coming at a time when Nigeria is faced with this high level of energy need. You can’t say you are reducing the capacity, especially when the plant is a hydro-powered facility.”

The NLC deputy president said the government should harness the comparative advantage of the hydro power project, as the cost of electricity in Nigeria would drastically reduce when the project becomes functional.

“Nobody will be telling you about the price of gas and pricing gas in dollars. So, I think they should review that decision. It is even better for us if gas plants are shut down for us to achieve hydro plants,” Ajaero stated.

Also, the National Secretary, Nigeria Electricity Consumers Advocacy Network, Uket Obonga, said the project had dragged on for about 40 years and wondered why the current government would cut down its capacity.

Obonga said, “Is it that they did not draw up a plan for the project? There is no project of that magnitude that has not got some plan. This project did not start now; it started about 40 years ago under the Gowon administration.

“The Yar’adua/Goodluck administration took it over. So how can you say a project that has been designed over the years, valued and funding being sourced is now reduced in capacity? Is this a form of confusion or what?”

The President, Senior Staff Association of Electricity and Allied Companies, Chris Okonkwo, said the government should have consulted widely before taking the decision to revise the capacity downwards.

“Of course, it is good to try to save money and try to get immediate solutions, but at the end of the day, what is the optimal point of decision that will serve Nigeria and be justifiable?

“So crashing it from 3,050MW to 1,525MW is really significant and we think wider consultations may have yielded something much better.”

He urged the government to consult with stakeholders on the issue, as the plant would serve a significant purpose when completed.

Share about us
2021-04-27
admin
Previous: FG Disagrees with World Bank Over State of Power Sector
Next: FG Looks Forward to Exciting Gas Development Prospect In OML 143