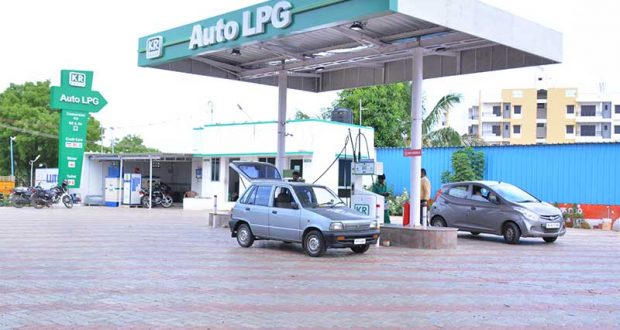 The Petroleum Products Retail Outlets Owners Association of Nigeria (PETROAN) has listed at least 100 filling stations throughout the country that would be used by the federal government for the planned auto gas pilot scheme rollout.

The President of the PETROAN, Dr. Billy Gillis-Harry, in a statement in Abuja yesterday, stated that the initiative would be replicated within the five divisional zones of the Nigerian National Petroleum Corporation (NNPC), including north-east, north-west, midwest, system 2e and west, with each of the zones expected to retain 20 stations each.

When it announced the programme in December last year, the federal government explained that the scheme under the National Gas Expansion Programme (NGEP), would come with free conversion services to one million selected vehicles throughout the country.

At the event, President Muhammadu Buhari stated that the launch would act as a catalyst in the provision of cleaner, safer and better energy options for the country, pointing out that it would further bolster greater domestic consumption of gas.

Speaking at the formal signing ceremony of the organisation’s partnership with THLD International Logistics Limited on the use of retail outlets belonging to PETROAN as vehicle conversion (petrol to gas) centres, Gillis-Harry noted that the development will further encourage the use of alternatives to regular products currently being used.

He said: “The autogas initiative of the federal government came at the right time, especially in light of global crude oil fluctuations coupled with the deregulation of the local petrol market.

“The use of autogas will not only cushion the effect of downstream deregulation but also create new markets and enormous job opportunities for our people.”

Gillis-Harry said that the retailers would provide the outlets while the partnering company would be responsible for the training and provision of the technical infrastructure for the conversion centres.

“This project is huge, and it is the boldest anyone can come up with in the federal government initiated NGEP project. This is one of the easiest ways government can achieve the objectives of the NGEP.

“With this partnership with THLD Group, motorists can be sure of simply driving into any of our outlets and getting their vehicle conversions done with ease,” he said

He described the company as one of the most reputable and largest organisations in alternative fuel conversion in Africa, stressing that they were bringing along with them world-class expertise to the partnership.

He added that the conversion centres would be from among PETROAN’s existing outlets nationwide while the programme would empower the youths with knowledge and capacity, who will be trained to make the conversion to gas programme seamless.

According to him, the petrol retailers are “engaging in a revolution” in the oil and gas sector, explaining that with the agreement, people who are afraid of the change (conversion) will obqserve how easy it is to have the conversion centres and getting the service