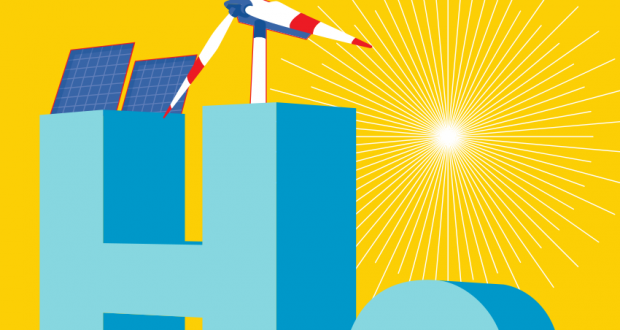 Shell is working with several partners to trial the use of hydrogen fuel cells for ships in a first-of-its-kind study for the energy firm and in Singapore.

The success of the trial will “help pave the way for cleaner, hydrogen-powered shipping”, said Shell in a press release, adding that hydrogen with fuel cells may be the zero-emissions technology with the greatest potential to help the shipping sector achieve net-zero emissions by 2050.

The trial involves developing and installing a fuel cell on an existing vessel that carries cargo on lorries. After the fuel cell is installed next year, the vessel will operate for a trial period of 12 months.

“This trial is an important step in demonstrating the applicability of hydrogen and fuel cells on ships,” said Nick Potter, general manager of Shell Shipping and Maritime, Asia Pacific & Middle East.

“We see fuel cells and hydrogen as a promising pathway for decarbonising shipping and working with partners in this way will develop our understanding of this critical technology.”

Shell, the charterer of the trial vessel and the hydrogen fuel provider, is working with SembCorp Marine and its subsidiary LMG Marin, who will design the fuel cell and retrofit the vessel. Penguin International, who owns the roll-on/roll-off vessel, is also part of the study.

The Maritime and Port Authority of Singapore (MPA) said it welcomes the initiative to trial hydrogen fuel cells as a cleaner source of energy.

“We appreciate the confidence the companies have placed on Singapore in trialing the applicability of this new technology within the Port of Singapore,” said Ms Quah Ley Hoon, chief executive of MPA.

Sembcorp Marine said the project holds “exciting possibilities” for decarbonisation in the marine and energy industry.

He also said that this will help the industry in its aim to achieve the 2050 target set by the International Maritime Organization to reduce total greenhouse gas emissions from international shipping by at least 50 per cent.

“The outcome of this trial, which is based on retrofitting a RoRo which we operate for Shell, could quickly bring many ship owners to the forefront of this alternative fuel,” he added