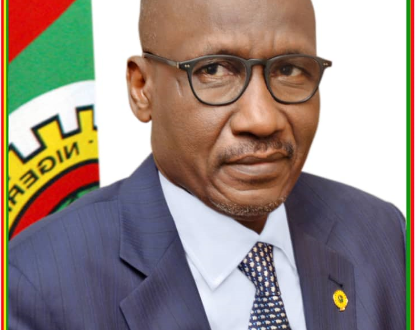 No Increase in Pump Price of Petrol for May – NNPC Boss

……..by Ibrahim Musa………
The Group Managing Director of the Nigerian National Petroleum Corporation (NNPC), Mallam Mele Kyari has again assured Nigerians that there will be no increase in the ex- depot price of Premium Motor Spirit (Petrol) in the month of May.

This may not be unconnected with the on going negotiations between the government and labour unions in the country, even though Kyari had last month disclosed that the current market price of petrol had risen to N234 per litre, far above the average pump price of N163 per litre across petrol stations in the country.

This new assurance by kyari was made known at the end of a closed door meeting with Petroleum Transport Drivers, PTD, National Association of Road Transporters Owners, NARTO, and oil marketers in Abuja on Monday.

Tanker drivers had on March 29 issued notice of industrial action citing poor remuneration and other hardship as reasons for their action.

But speaking after the meeting, Kayri said: “We want to inform oil marketing companies that NNPC will not increase the pump price of PMS in May. I am giving the assurance and I ask Nigerians to go about their normal businesses; we have over 20 billion litres of petrol in our custody.

“Many of you are aware of this and with the assurance with tanker drivers and NUPENG, there is no need for panic buying of the product. Petrol will be available in all the depots in the country including NNPC dispatched depot across the country, so nobody should panic in buying the product.”

Speaking on the strike by PTD, the NNPC boss said the strike was associated with NARTO’s inability to increase their compensation which was not resolved last week.

“We have given commitment to both NARTO and PTD that we will resolve the issue within a week and come back to the table to have a total closure on the issue.

“We also have a robust engagement with our oil marketing partners in respect of increase in the volume product that is in the Nigerian market.

He explained that the meeting also discussed issues on payment by Petroleum Equalisation Fund (PEF) to oil marketing companies. He said that all stakeholders agreed in making PMS available to marketers.

Speaking at the end of the meeting, Alhaji Yusuf Othman, NARTO President, commended the NNPC for the intervention and assured that within the next seven days, things will normalise in the adjustment of allowances of PTD.

He explained that “NARTO requested that they bring three persons so that we discuss the issues but that would not have been possible without this intervention.

“We hope that within the next seven days things will normalize and I want to assure Nigerians that we are committed to it.”

NARTO had disclosed that the Federal Government was considering a 20 percent increase in the cost of freighting petrol across the country, as part of measures to boost the revenue of transport owners.

The increase was expected to raise the cost of bridging petrol to N9.11 per litre from N7.51 in the petrol pricing template of Petroleum Products Pricing Regulatory Agency, (PPPRA)

Speaking at the 21 Annual General Meeting of the National Association of Road Transport Owners, ( NARTO), the Executive Secretary of the Petroleum Equalisation (Management) Board, PEF, Alhaji Ahmed Bobboi said the agency was waiting for the Federal Government approval before it would commence its implementation.

He noted that government was also waiting for labour unions to get back to it as the increase was among the general agreement reached by the joint committee set by the government on the hike in the price of petrol and electricity.

Alhaji Bobboi had urged the government to implement the new N9.11 freight rate to enable the transport owners improve their services and increase the wages of their staff including the truck drivers.