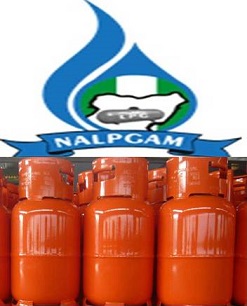 Mr Bassey Essien, Executive Secretary, NALPGAM, made this known while speaking on Tuesday in Lagos.

Essien decried the increment in the price of LPG, also known as cooking gas in the past few months, noting that there was need to put in place a policy that would encourage full domestication of LPG.

He said: “The major issue we have with gas price is that majority of what we are consuming is imported.

“Over one million metric tonnes of gas was consumed by Nigerians in 2020 and about 65 per cent of the product was imported by marketers.

”So the price of gas is affected by what is happening in the global market because though Nigeria produces about four million metric tonnes of gas annually, only 350,000MT is allocated to the domestic market.

“Unfortunately, the government cannot increase the allocation to meet our full domestic demand without the buy-in of other partners of NLNG.”

Essien said the hike in the price of cooking gas was affecting the government’s National Gas Expansion Programme, which was aimed at deepening gas utilisation in Nigeria.

He noted that some users of LPG were gradually reverting to the use of kerosene and firewood with the obvious health implications.

Marketers generally believe that it is not feasible for the government to unilaterally direct the Nigerian Liquefied Natural Gas Company Limited (NLNG) to increase its domestic LPG allocation without the support of other stakeholders.

Experts are of the opinion that a considerable increase in domestic LPG allocation would translate to a reduction in the price of gas as against the current soaring price of the essential commodity.

The NLNG is an incorporated Joint-Venture owned by four shareholders.

Indeed, many ordinary Nigerians are agonising over the effect of the soaring price of cooking gas.

For instance, a food seller, Mrs Iyabo Oni, told NAN that the increment in the price of cooking gas was affecting her business negatively.

“I have started using firewood to support my cooking because gas is very expensive and customers will be grumbling if you increase your food cost.

“The challenge is that the process is more difficult for me because I like my restaurant to be neat always,” she said.

Also, Mr Okechukwu Agwu, a banker and bachelor, said he preferred buying food now because of the increment.

He said: “I used to refill my small camp gas with less than N2,000 but things have gone up so I just buy food to eat now. I think it is cheaper and less stressful for me.”