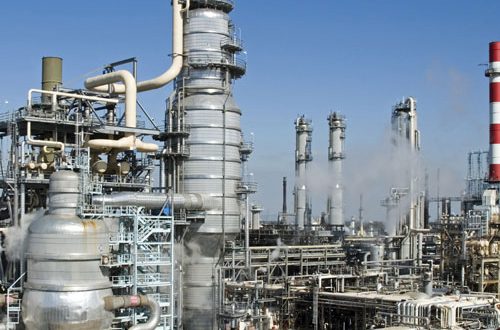 BUA, Eko Refineries and Others Seek for More Time

………..by Abisoye Shola………..
BUA, Eko and other 31 refineries with provisional licenses are now pleading for time to enable them commence and complete the construct of their various refineries.

A former Minister of Interior, Capt. Emmanuel Iheanacho, has said investors that have been granted licences to build refineries in the country need sufficient time to do so.

Iheanacho, who is the chairman of Eko Petrochem and Refining Company, said it was wrong to assume that a refinery could be built in two years in the country.

The Department of Petroleum Resources (DPR) had come out to say that it never revoked the licenses of these refineries rather that they are required to revalidate their licenses.

The DPR, in a new list as of April 2021 published on its website on Tuesday, said 28 licences were active while 29 were inactive.

Iheanacho said that his company was still pushing ahead with its plan to build a 20,000-barrels-per-day modular refinery in Lagos.

In 2017, Eko Petrochem and Refining announced the signing of a grant of $797,343 by the United States Trade and Development Agency for the project.

“What is in it if you give somebody a licence and you then put a time frame? What you should do is to give a licence, if the investor succeeds, we clap. If not, we say, “Oh, next time.” But to say that we have given you a licence, and then later say, “We have taken it back.” What are you taking it back for? There is no need to cancel anybody’s licence” Iheanacho said.

The ex-minister said his company had been on its refinery project for four years, adding, “At no time have we stopped. We have continued; we have done the front-end engineering. We have done detailed engineering.

“The American government has come to our aid and given us money. We have hired the very best professionals to find funds for us. So, we are really at a point when we are going to funding.”

Iheanacho said the company would revalidate its licence. “We have been discussing it. That is a non-issue. So, we are doing everything necessary,” he added.

The DPR said on Tuesday that companies whose refinery project licences had become inactive could reapply for revalidation.

The agency, in a statement by its Head of Public Affairs, Mr Paul Osu, said, “We wish to clarify that DPR did not revoke any refinery licence. Refinery licence, like our other regulatory instruments, have validity periods for investors to attain certain milestones.

“This implies that after the validity period for the particular milestone, the licence becomes inactive until the company reapplies for revalidation to migrate to another milestone. This does not in any way translate to revocation of licence of the company.”

The agency said it would continue to provide support to investors in the oil and gas industry in Nigeria using its regulatory instruments of licences, permits and approvals to stimulate the economy and align with government’s job creation initiatives.