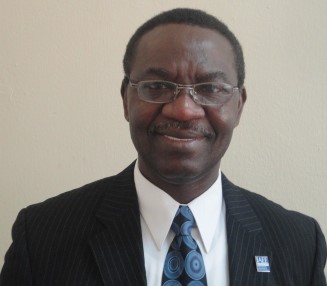 Against the backdrop of an estimated $19billion needed yearly by Nigeria to develop its oil reserves, an energy expert, Professor Wumi Iledare, has advised the Federal Government to implement progressive fiscal framework that encourages investment flows into the petroleum industry , saying only flexible, dynamic and stable fiscal instruments can attract such investments.

Iledare, African Regional Director of Society of Petroleum Engineers International, Dallas, USA, who gave the advice in Lagos at a seminar organised by the Facility for Oil Sector Transformation (FOSTER) recently, expressed worry that the existing fiscal components and other fiscal laws in the country might not attract investors, “except if the ongoing reforms in the Petroleum Industry Bill (PIB) 2020 fiscals are appropriately completed, since the current “fiscal system is neither effective; nor efficient” and prospective investors always fear it can change any moment.”

Iledare explained that what the petroleum industry investors want is “quick and fair reward for risked pocket investments” and that the “fiscal regimes of host countries are viewed critically with such objectives in mind as regards stability of host government’s fiscal arrangements; competitiveness; attractiveness; changes in petroleum taxation regime; income tax structure of exploration and production (E&P) firms’ home country. Worldwide, fiscal systems are designed to encourage substantial and progressive investment in the industry, while balancing rewards with risk and enhancing revenues to the host government, based on mutuality of interests.

“Nearly $19billion is really what Nigeria needs every year to develop its oil reserves. If we are flexible, dynamic and stable for the right investments, there will be output expansion, jobs will be created and government will have extra money to lavish like the US that passed stimulus package bill of $1trillion, to get money to the people for the economy to bounce back.”

Iledare noted that the fiscal system is not about just balancing the budget, “but the government must move away from thinking that the budget must be funded by rents, royalties and corporate tax because the Joint Venture (JV) is not adding any value up to 10 per cent with all the investments of the government. They are better off spending the money on education.”

Natural Gas is big in the n ew PIB The Federal Government has always wanted natural gas investment to take off.

Share about us
2021-04-13
admin
Previous: Electricity Generation Falls to 3,922MW, 11 Plants Idle
Next: We Did Not Revoke Any Refinery Licence – DPR