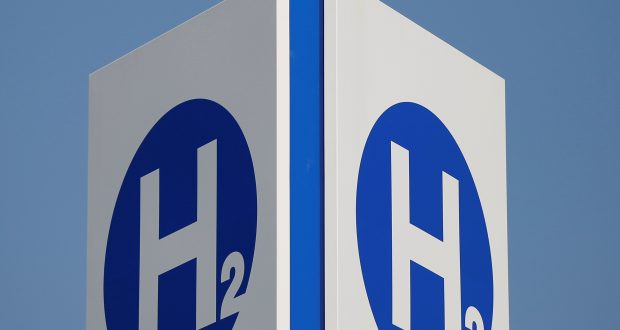 The challenge of sustainable energy future in Nigeria cannot be over emphasized as investors all around the world are making efforts to ensure a cleaner energy future.
The is a global race to net zero, and in line with commitments by countries of the world to realise the objectives of the Paris Agreement. Therefore investment in what may be considered a novel energy form in Nigeria ; the hydrogen energy is now receiving attention from both the government and private investors. .
Hydrogen is more than a Chemistry class molecule; it can be used as fuel to power vehicles, machinery and buildings – with zero emissions.

According to the International Energy Agency, demand for hydrogen has grown more than threefold since 1975. With the need to diversify the energy mix and provide for cleaner fuels that can power heavy machinery, hydrogen has become a go-to fuel for the energy transition.

While countries like Japan, Germany, UK, US, China and even Saudi Arabia have started making significant investments and leading projects in hydrogen fuel production, we have not seen much traction in Nigeria, save for the mention of hydrogen in the 2018 National Energy Policy.

Morocco on the other hand has recently entered into a partnership with Germany to develop the first green hydrogen plant in Africa, while South Africa is working arduously to expand local knowledge in hydrogen technology.

Nigeria’s failure to look critically into this development is a colossal mistake, particularly noting the advantages of hydrogen fuel, the increasing financing and technological commitments to it by developed countries as well as the investment in hydrogen fuel technology projects by big oil companies like Shell. Companies like Total, Eni and Repsol have equally bet on hydrogen and the reasons for this are not far-fetched.

The fuel has been referred to as the holy grail of the green energy transition. While grey and blue hydrogen produce emissions, as they are sourced from extraction from fossil fuels and carbon capture respectively, green hydrogen which uses renewable energy to split water molecules to realize hydrogen, has no carbon emission in its production or use.

Added to that, hydrogen has several advantages over traditional solar or wind energy. Perhaps topping the list is that it does not require battery technology, but can in fact, act as a storage mechanism for energy through the use of hydrogen fuel cells, which last longer than batteries.

The aviation industry, which has been the object of bad press over its emission levels, is also very keen on hydrogen as it comes as a cleaner alternative to jet fuel and can fill the gap where battery-powered renewables could not, without the concern of extra weight.

Hydrogen also boasts of high-efficiency levels and high heating value, and as such is able to power large machinery and industries – an area where critics have decried the failure of solar and wind technologies. According to the Connecticut Hydrogen Fuel Cell Coalition, a stationary hydrogen fuel cell can have an efficiency level that exceeds 80 percent, with 2.2 pounds of hydrogen gas containing about the same amount of energy as 6.2 pounds of gasoline. Feedstock supply risk is also obliterated as hydrogen has been recorded as the universe’s most available entity, with no possibility of depletion.

Another big point for hydrogen is its ability to combine with other fuels like natural gas, and to use natural gas infrastructure like pipelines for transport. According to Tony Attah, MD/CEO of Nigeria LNG Limited, “Natural gas is surely a cleaner fossil fuel but hydrogen is coming with a big bang too. Japan may soon become energy independent on hydrogen.”

Indeed, Japan prides itself on being the hydrogen leader of the world, and only last December, launched its first liquefied hydrogen ship. The Hydrogen Council estimates that the international hydrogen market could be worth up to US$2.5 trillion by 2050, meeting 18 percent of global energy demand and reducing carbon dioxide emissions by 6 gigatonnes per year.

Sean McLoughlin, head of industrials research for the EMEA Region at HSBC, commented with respect to the hydrogen fuels market, “There’s a lot of capital that is very ESG-focused chasing a select number of companies that offer this kind of pure-play exposure to these future energy trends.” The trend of investment points significantly to the fact that Europe is heavily invested in green hydrogen and sees Africa as the frontier for production.

With the strategic positioning of both continents and the existing cross-continental energy trade, production of green hydrogen from Africa’s rich renewable energy sources for export to Europe looms, and Nigeria is a prime destination for this activity. It is telling that last year, the European Investment Bank (EIB) provided more than €3 billion of new financing across Africa which includes financing for climate-related investment and sustainable development

Also, at least €30 billion has been earmarked by the EU for sub-Saharan Africa under the new Neighbourhood, Development and International Cooperation Instrument (NDICI) for the period 2021 to 2027, with a focus on climate objectives.

Other pointers include the fact that Saudi Arabia, the biggest oil producer in the world, is building the largest green energy and ammonia plant in Neom, touted as the ‘city of the future.’ Also, China is aiming for more than 1 million hydrogen-powered vehicles to be in service by 2030. These projects will certainly impact fossil fuel demand negatively, but the winners will be those investors who move early to new markets like hydrogen.