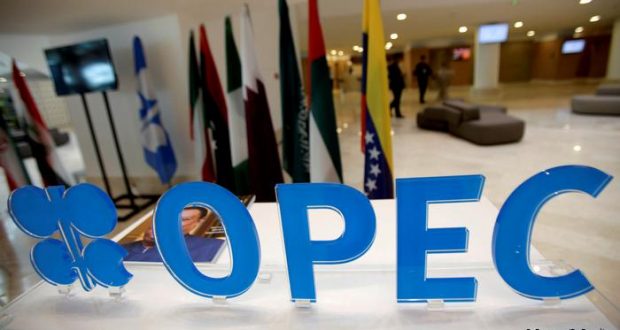 The Organisation of Petroleum Exporting Countries (OPEC) and its allies, known as OPEC+, yesterday resolved to gradually ease its oil output cuts from May till July.

Saudi Arabia is also expected to ease up on its own voluntary cuts of one million bpd, which it has been implementing in addition to reductions under the OPEC+ deal by 250,000bpd, 350,000bpd and 400,000bpd respectively.

The planned relaxation of of the production quota cut came just as Group Managing Director of the Nigerian National Petroleum Corporation (NNPC), Mallam Mele Kyari, yesterday said the African Export and Import Bank (Afreximbank) agreed to be part of the rehabilitation of the Port Harcourt refinery as a result of the renewed openness in the corporation.

Under yesterday’s deal, oil cuts implemented by OPEC+ would be just above 6.5 million bpd from May, compared with existing curbs of slightly below seven million bpd in April.

Brent crude, which slipped on news of the deal, was still trading above $64 a barrel yesterday, more than 20 per cent up on the start of the year. But the price was still lower than this year’s high of about $71.

A statement by the cartel after the 15th meeting of ministers said OPEC emphasised the ongoing positive contributions of the Declaration of Cooperation (DoC) in supporting a rebalancing of the global oil market.

It said: “The meeting approved the adjustment of the production levels for May, June and July 2021, while continuing to adhere to the mechanism agreed upon in the 12th OPEC and non-OPEC Ministerial Meeting (December 2020) to hold monthly OPEC and non-OPEC ministerial meetings.

“This is to assess market conditions and decide on production level adjustments for the following month, with every adjustment being no more than 0.5 mb/d.”

OPEC added that the ministers reviewed the monthly report prepared by the Joint Technical Committee (JTC), including the crude oil production data for February, noting that though there are improvements in the market, the volatility observed in recent weeks warrants a continued cautious and vigilant approach in monitoring market developments.

The ministers added that since the April 2020 meeting, OPEC and non-OPEC participating countries had contributed to adjusting downward global oil supply by 2.6 billion barrels of oil by the end of February, which has accelerated the rebalancing of the oil market.

OPEC urged all participants to conform to achieve the objective of market rebalancing, avoid undue delay in the process and agreed to the request by several countries that have not yet completed their compensation for an extension of the compensation period until the end of September.

While thanking the stakeholders for their contributions to the meeting, OPEC said the next meetings of the ministers would hold on April 28.

Earlier, the cartel’s Secretary-General, Dr Sanusi Barkindo, had described the experience of April last year as “traumatic”, with demand dropping by more than 20 mb/d, and WTI plunging to a negative $37 per barrel.

He stated that the situation improved after the historic production adjustments from the cartel and lauded members and allies’ steadfastness to conformity and compensation.

He urged the group to continue to be guided by data and analysis, noting that the cautious approach has proven effective thus far, as can be viewed in the decision taken at the 14th OPEC and non-OPEC ministerial meeting.

“Our recent scenario analysis suggests that this slight uptick may need to be revised given the many uncertainties elsewhere.

From the supply perspective, Barkindo said non-OPEC liquids could grow by almost 1 mb/d in 2021, compared to 0.7 mb/d expected at the cartel’s last meeting.

Meanwhile, the Group Managing Director of the NNPC, Kyari has said the Afreximbank agreed to be part of the rehabilitation of the Port Harcourt refinery owing to the renewed openness in the corporation.

Kyari, while playing host to the management team of the Nigeria Extractive Industries and Transparency Initiative (NEITI) led by its Executive Secretary, Dr. Ogbonaya Orji, in Abuja, stated that there’s now growing investors’ confidence in the corporation.

Kyari added that NNPC had begun to reap the benefits of its management’s commitment to transparency and accountability with bountiful opportunities of private sector financing for its projects.

A statement by the Group General Manager, Group Public Affairs Division, Dr. Kennie Obateru, quoted Kyari as saying that the publication of the corporation’s audited financial statements has improved the general image of the corporation.

“Since we opted to disclose our financial statements, the speed with which we close financial transactions has been monumental. We now close deals at a quarter of the time we used to them and that is very critical,” the GMD added.

He restated his commitment to work with NEITI and urged Orji and his team to avail themselves of details of the corporation’s operations, especially the monthly engagement with the Federation Accounts Allocation Committee (FAAC), on the NNPC website.

Earlier, Orji had described NNPC as a key partner of the agency whose role in the industry stands “clearly on the orbit”.

He commended the GMD for the regular engagements and effective communication between the two organisations, adding that such engagements are necessary to create value.

He said there was need to build on the relationship with a view to deepening the culture of transparency in the oil and gas industry.

“When we see an agency like NNPC listening and being able to make themselves available for discussions, we will explore that option, it’s more useful to us than fighting on the pages of newspapers,” he stated.

Orji also expressed support for the ongoing engagements on the Petroleum Industry Bill (PIB), which he said would help close gaps in the proposed legislation.

Share about us
2021-04-03
admin
Previous: EKEDC Celebrates With Customers On Easter, Assures Of Quality Service Delivery
Next: PPPRA, NNPC, Others Meet to Review Petrol Pricing Template for April