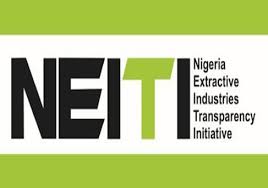 Dr. Orji who spoke on Thursday at a stakeholders’ forum on Beneficial Ownership, BO, implementation in Nigeria, said beneficial ownership disclosure has become very important “because of the serious dangers that secret ownership of companies pose to individual countries and the global community”.

He pointed out that crimes such as “tax evasion and terrorism financing which are associated with or facilitated by secret ownership increases poverty in developing countries and threaten the national security of even powerful nations”.
He explained that a recent report by former South Africa president, Thabo Mbeki estimated that African countries lose $50 billion annually due to illicit financial flows.

“Nigeria accounts for the lion share of these losses, with extractive industry accounting for 93 percent of total illicit financial flows from Nigeria”.

Also speaking at the event, the Registrar General, Corporate Affairs Commission, CAC, Alhaji Garba Abubakar said with the new company law in the country, information on anyone with reasonable ownership in a company will be made public.

According to him, “Beyond ownership of shares or having voting rights, anybody that can appoint majority of the directors of a company, whether he/she has shares or not, or can assert any form of control over the way and manner a company is managed including shadow directors who may not by on the record as directors, if you qualify as such a person then you must disclose your status.

We have already started collecting information. With the new law which was assented to on August 7, 2020 by Mr. President but the process of gazetting took some time, every information on persons with reasonable control will be available to any member of the public free of charge, unlike other information that comes with a fee.

“This is consistent with our EITI initiative and our OGP initiative where the country committed to a publicly available register of beneficial ownership”, he added.

Abubakar disclosed that CAC began the publication of BO register on the 3rd of January, 2021.

On his part, the Executive Director of Civil Society Legislative Advocacy Centre, CISLAC, Auwal Rafsanjani harped on the need to have BO register publicly available, saying it would help check about $18 billion annual illicit financial flows from Nigeria.

Rafsanjani noted that civil society groups were not against the government and would continue to support government agencies that take seriously the fight against corruption.

Share about us
2021-03-26
admin
Previous: NNPC Records 80.12 Percent Increase in Trading Surplus in December
Next: Pump Price of Petrol to Remain N162 Per Litre Untill We Conclude with Labour – NNPC