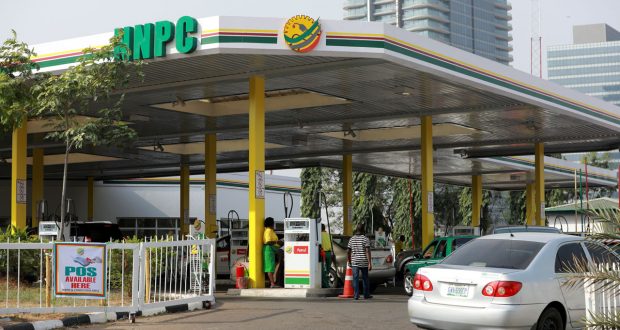 The Group Managing Director of Nigeria National Petroleum Corporation (NNPC), Mele Kyari, has said that the burden of subsidy is weighing down the financial capacity of the corporation. As a result NNPC can no longer provide the N120 billion monthly subsidy of the 60 million metric tones of (Premium Motor Spirit) consumed by Nigerians daily.

This complain by NNPC is further collaborated by the Managing Director of Rainoil Limited, Dr. Gabriel Ogbechie in Lagos on Thursday when he told Journalists in a virtual meeting with Association of Energy Correspondents of Nigeria (NAEC) that Nigerians consume N3 billion worth of PMS daily.

According to him in February 2021, subsidy element “returned” as crude price hit $64/bbl and landing cost of PMS increased to N186.33/ltr (while pump price remained at N165/ltr)

Kyari lamented over the Subsidy burden during the weekly media briefing organised by the Presidential Communication Team at the State House, Abuja, on Thursday.

According to him, the actual cost of importation and handling charges amounts to N234 per litre, while the government is selling at N162 per litre.

He added that the NNPC absorbs the cost differential which is recorded in its financial books.

Kyari, however, said that since NNPC could no longer bear the cost, sooner or later Nigerians would have to pay the actual cost for the commodity.

According to the GMD, the NNPC pays between N100 billion and N120 billion a month to keep the pump price at the current levels.

He said that market forces must be allowed to determine the pump price of petrol in the country.

“Our current consumption (evacuation) from our depots is about 60million litres per day. We are selling at N162 a litre. Current market price is 234, actual market price today.

“The difference between the two, multiply by 60million, times thirty, will give you per month.

“This is a simple calculation you do. If you want exact figures from our book, I do not have it from this moment but it’s between N100billion and N120billion per month.

“We are putting the difference in the books of NNPC and we cannot continue to bear,’’ he said.

The Minister of State for Petroleum Resources, Timipre Sylva, who also spoke at the event, expressed the hope that the Petroleum Industry Bill (PIB) would be passed into law in April.

According to him, frantic efforts are being made by the legislators to complete work on the bill and pass it, in line with the aspirations of critical stakeholders in the petroleum sector.

While enumerating the gains of the PIB to Nigerians, the minister said it would create additional infrastructure across petroleum value chain.

He added that it would increase petroleum activities as well as enhance the livelihood of inhabitants of oil producing communities.

He said the bill would create additional infrastructure across the petroleum value chain especially from mid-stream and down-stream.

He added that critical infrastructure would also be developed, while utilising the incremental revenue from increased petroleum activities.

The minister further stated that more businesses would be set up to support increased activities within the petroleum value chain.

“Greater confidence would be engendered with certainty in the petroleum industry, which will lead to increased investments.

“Nigeria will occupy its place among commits of nations who have updated their petroleum industry laws in line with current realities.

“The bill will also enable a structured monetisation of fossil fuel resources before the whole world turns to renewables.

“It will also impact positively on the Nigerian economy with multiplier effect on the petroleum sector,’’ he said.

The minister also expressed the hope that the bill when passed, would lead to an increase in the use of gas for domestic purposes.

He said this would create a healthier society as well as provide job opportunities across the country.