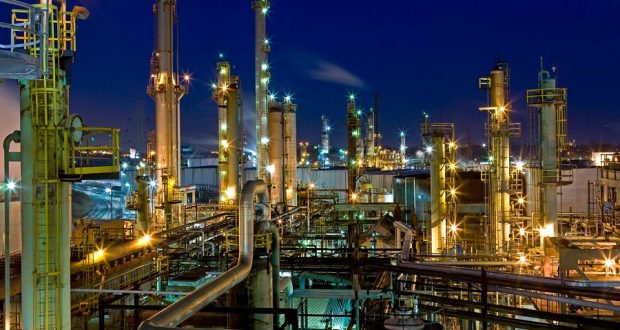 According to him the country does not have the financial muscle now to build a new refinery going by the economic situation of the country.

He pointed out that in building a new refinery the country may have to live with importation of petroleum products for another four years before such project is completed and federal government cannot afford such cost and delay.

Kyari explained, this on Monday in Abuja while engaging journalists on issues emanating from the proposed rehabilitation of the Port Harcourt refinery approved by the Federal Government last week.

Mr Kyari said building a new refinery now would cost the country about $10 billion which is far beyond the $1.5 billion earmarked for the rehabilitation of Port Harcourt refinery.

He also said the country would have to live with importation of petroleum product, especially petrol, for another four years if the country ventures into building a new refinery.

“We have people saying why not build a new one; why will you repair an old refinery with $1.5 billion? The fact is available even by Google search, what it takes to build a refinery of this status today.

“It will be difficult for the country to build a new refinery as it will take four years for it to commence production.

“It is around $7 billion and $12 billion to construct a refinery of this nature (Port Harcourt refinery).

“This is the estimate you see in public space and there are things you do outside the construction battle-limits like the utilities that are never accounted for when estimates of this nature are done.

“Typically, there is an additional 25 per cent cost for construction battle-limits, so, when you say a refinery can be built at $7 billion or even 10 billion dollars, also think of that 25 per cent.

“With today’s estimate, you cannot build a refinery at any cost below these amounts, that means that the option you have is to scrap this and build a new one, and we all know that we don’t have that resource.

“If we start a new refinery of this nature today, it can’t work in less than four years, therefore, it means we will continue to import petroleum products in the next four years or more,” Mr Kyari said.

According to him, the country did not do well in maintaining the refineries in the past 25 years as the last turnaround maintenance of the Port Harcourt refinery happened 21 years ago.

He noted that the huge cost of rehabilitation of the refinery witnessed in this present time was as a result of poor maintenance of the plant over a period of time.

“What we are seeing today is the cumulative effect of our lack of doing proper maintenance over a period of time but something has changed today and this is why we are proud to tell Nigerians that we have done something different in the background.

“This is because we have a government that allowed us to play our role without interference in terms of our procurement exercises and this made the process go unhindered.

“This has also allowed us to involve every stakeholder including NUPENG and NEITI, to ensure openness and accountability of the process,” he said.