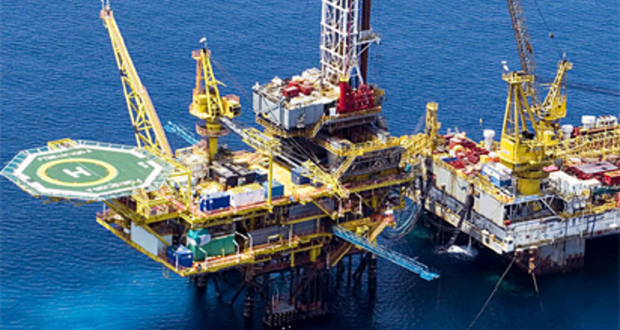 The Nigerian National Petroleum Corporation (NNPC) has taken a step further to achieve the $10 per barrel oil production cost benchmark with the development of the five-levelled Upstream Cost Efficiency Transformation Framework.

The model developed by the National Petroleum Investment Management Services (NAPIMS), the upstream investment arm of the NNPC, detailed a-step-by-step method of driving down the unit operating cost in the oil exploration and production activity.

The need to reduce the high oil production cost in the country has been on the front burner for a long time and was further reinforced by the devastating impact of the oil price collapse last year.

The situation had prompted the NNPC to set the end of last quarter of this year as the time to achieve the $10 per barrel production cost benchmark.

Atuchi added that NAPIMS was acting on the mandate of the Minister of Petroleum Resources and the Group Managing Director of NNPC to find solution to the production cost challenge.

She stated this while speaking on “Adjusting Operational Model to Reduce Cost and Optimise Value,” during a panel session at the just ended 2021 edition of the Society of Petroleum Engineers Olibiri Lecture Series and Energy Forum.

The central theme of the lecture was “Operational Excellence and Portfolio Optimization, Way forward for the Oil and Gas Industry Post COVID-19”.

“We all know that cost is the greatest subject affecting our operations today, and we have identified the major cost drivers as HR cost, logistics, direct lifting cost which represents almost 70 per cent of the OPEX.

“And we have been mandated by the Hon. Minister of Petroleum Resources to get down to UOC (Unit Operating Cost) of $10 per barrel.

“And the GMD of NNPC directed NAPIMS to drive the national E&P investment to work with the industry players and be able to find the solution to this costs,” Atuchi said.

According to her, the Upstream Cost Efficiency Transformation Framework developed by NAPIMS has five levels.

“The traditional level has to do mostly with companies that react to situations, not being very proactive.

“We noticed that in reacting to situations, when there is low oil price, they go into reduction of lump sum contracts payments, renegotiation of contracts payments, and it was observed that the players within this level operate around $30 per barrel,” she explained.

Atuchi further said the, “second level, which is the tactical level, represents silos operation model within the companies, noting that “when you operate in silos, you increase the operating cost.

“Companies that operate within this particular level have their operating cost between $20 to $25 per barrel.”

She said after the launch of the Nigerian Upstream Cost Optimisation Programme (NUCOP) in February, the industry had all agreed that there was need to do something drastic in order to remain in business.

The NAPIMS chief explained further that the third level of the model, which is the collaborative level, entails collaborations within assets in the same company.

This level, according to her, showed the adoption of best practices in contracts approval and contracts that used to be scattered in its themes were streamlines.

She said the fourth level on the model was the strategic level, which is where the industry is now going to, adding that this level implies cross-operator collaboration.

She noted that by the time the industry, with the guidance of NAPIMS, adopts the strategic level, the industry will transform and that when the industry transforms, the value gotten from the business becomes exponential.

Highlighting the benefits of the model, Atuchi said if all the industry players could agree, collaborate and move the industry from the traditional and tactical level to the transformational level, the industry stood the chance of having a standard metric for an organisational capability to plan business and adopt effective strategies to manage cost.

Share about us
2021-03-24
admin
Previous: NLNG Signs MoU with USAID to Eliminate Malaria in Bonny
Next: WTI Crude Oil Futures Trade to New Session Lows and Lowest Level Since February 12