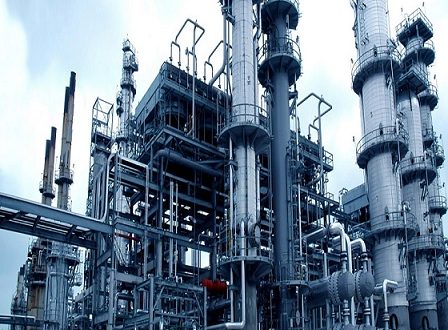 The Nigerian Content Development and Monitoring Board says the 2,500 Barrels Per Day modular refinery being established at Egbokor, Edo State would be ready for inauguration by the fourth quarter of 2021.

A statement posted on the NCDMB Twitter account on Sunday by its Corporate Communications Department, said the Executive Secretary of the Board, Simbi Wabote, gave the assurance after a visit to the project site.

Wabote said the refinery, being established by Duport Midstream Company Limited in partnership with the NCDMB, had reached 80 per cent completion.

He said the operational phase of the refinery would create direct employment for 100 persons and induced jobs for no fewer than 1,500 others.

Wabote said the modules for the two megawatts power plant and the control room were being fabricated and assembled in Lagos for delivery to the site.

According to him, the refinery was part of the Duport Energy Park conceived to include a 30 million standard cubic feet per day gas processing facility and a power plant.

He commended the contractors for the substantial progress they had made on the project, saying the board would continue to partner investors to develop critical energy facilities that would create millions of jobs for Nigerians

Wabote said: “When the Federal Government enunciated the policy on the development of modular refineries, NCDMB decided to explore ways through which we can build modular refineries to refine products locally.

“We first partnered with Waltersmith Modular Refinery in Imo State, and it is already operational, refining 5,000 barrels of crude per day.

“Azikel Modular Refinery in Bayelsa State is the second one and the Duport project is the third project and we believe that it would be commissioned in the last quarter of this year.”

Share about us
2021-03-22
admin
Previous: Buhari, Osibanjo and Sylva to Participate in “Decade of Gas” Pre-Conference
Next: Hydro Power Output Dips Electricity Supply to 3,657MW