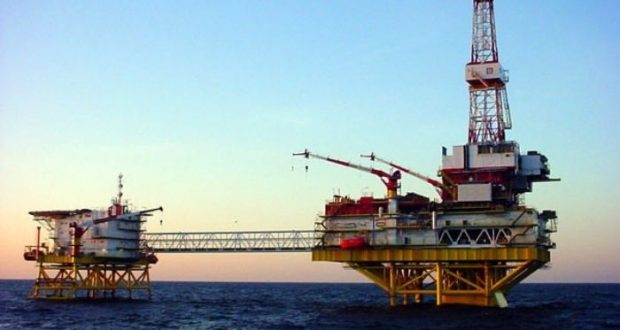 The Nigerian National Petroleum Corporation (NNPC) funded its Joint Venture oil and gas assets, which it holds with mostly multinational oil companies, with a total of N104.7 billion in January. ed.

The data from the Corporation showed that NNPC also spent N21. 47 billion on oil search, payments of its monthly on Nigeria-Morocco gas pipeline, among other expenses, bringing the total expenditure to N126.17 billion during the period under review.

The corporation represents the federal government in the agreements, which involve the NNPC and the private firms and contributes to the funding of operations in the proportion of their equity holdings and generally receive the produced crude oil in the same ratio.

In a document detailing its February presentation to the Federation Account Allocation Committee (FAAC), the NNPC figures showed that it recorded a deficit or variance of N177.7 billion, falling below its budget of N282.4 billion in January.

The NNPC also noted that through its subsidiary, the National Petroleum Investment Management Services (NAPIMS) spent about N21.47 billion to rehabilitate refineries, pay its monthly obligation on the Nigeria-Morocco gas pipeline and rev up oil search in the frontier basins.

A breakdown of the expenses showed that the refineries gulped N8.33 billion of the amount, pre-export financing received N5 billion, national domestic gas development was funded with N3.17 billion while gas infrastructure development took a share of N2.39 billion.

Also, the corporation stated that its frontier exploration services got N1.96 billion funding from NAPIMS while crude oil pre-export inspection agency expenses and pre-export financing were funded with N402.69 million.

The corporation had recently stated that it had begun moves to grow the nation’s oil reserves to 40 billion barrels by the year 2023, from its current 36 billion barrels, saying that efforts in the search for hydrocarbons in the frontier basins had been intensified.

In addition, the NNPC said it was ramping up its focus on renewable energy development financing, which gulped N119.83 million for the month, while N83.33 million financing was provided for the Nigeria-Morocco pipeline.

The pipeline, estimated to cost $25 billion, is expected to serve as an extension of the West African Gas Pipeline currently serving Benin, Togo and Ghana, as well as connect with Spain through Cádiz.

The 5,660-km pipeline is the brainchild of an agreement between NNPC and Morocco’s National Board of Hydrocarbons and Mines (ONHYM) and is expected to improve access to energy across the West African region while facilitating gas exports to Europe.

Compared with the previous month, the NNPC spent a total of N20.23 billion on all the projects, with the refineries getting N8.33 billion while N4.19 billion and N3.17 billion was spent on the national domestic gas development and gas infrastructure development respectively.

For the month under review, the NNPC received crude oil export revenue of $24.32 million or N9.22 billion.

“This represents a 34 per cent decrease compared to December 2020. Domestic gas receipts in the month were N4.7 billion. Feedstock valued at $48.33 million was sold to the Nigeria LNG during the period out of which $41 million was received during the month,” the NNPC stated.

However, like in previous months, many flow stations belonging to the corporation suffered shut-ins, due to unforeseen circumstances and deliberate shutdowns for routine maintenance.

For instance, the Batan flow station came down for 31 days in December due to protests by staff over non-payment of salaries, leading to the shutting in of 285,000 barrels while it persisted.

Opuama lost 74,000 barrels due to routine production and maintenance operation leading to the shut-in of a cumulative 82.281 barrels in addition to 16 other disruptions from various facilities, leading to a total terminal loss of 6.4 million barrels for the month.

For the summary of receipts and remittances due in January, in terms of JV contribution to the Federation Account, the royalty paid was N26.7 billion, tax stood at N41.1 billion and profit was N11.3 billion with total JV contribution standing at N79.2 billion.

Added to the PSC/miscellaneous of N11.57 billion, the total remittance rose to about N90.85 billion total contributions to the federation in January.