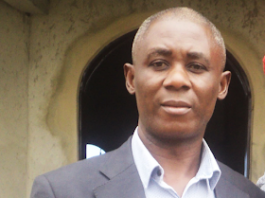 The Movement for the Survival of the Ogoni People (MOSOP) has rejected the newly constituted Governing Council and Board of Trustees of the Hydro-Carbon Pollution Remediation Project, saying it is lopsided and lacks credibility.

MOSOP also issued a 14-day ultimatum to the President, Muhammadu Buhari to reverse the decision in order to enjoy the support of the Ogoni people in the new phase of the clean-up.

President of MOSOP, Fegalo Nsuke, in a statement on Saturday, expressed disappointment in the composition of the HYPREP governing council and board of trustees.

Nsuke said, “Consequently, MOSOP hereby issues a 14-day ultimatum to the government of President Muhammadu Buhari to reverse the decision if the new phase of the Ogoni clean-up will enjoy the confidence and support of the Ogoni people.

“While it was our hope that the composition of the second Governing Council and the Board of Trustees of HYPREP by President Buhari will enkindle the hopes of addressing the protracted pollution in Ogoni, we were very disappointed in the composition, which was lopsided.”

“The new governing council and leadership is intended to deceive the people and is absolutely lacking in credibility. The list made public contains one Ogoni representative and two alternates, one alternate for the Ogoni representative and the other alternate for MOSOP, but the process did not have any input from MOSOP. Thus, there was clearly an attempt to mislead the public.

“Moreover, the said ‘alternate of MOSOP’ is actually the immediate past secretary general of KAGOTE, (Khana, Gokana, Tai and Eleme), the four LGAs that make up Ogoniland.

“We consider it very irresponsible and fraudulent to appoint a former executive of KAGOTE to represent MOSOP as an alternate. These misrepresentations suggest what is to become of the new governing council and hurts our commitment and hopes of rescuing our battered environment,” he said.

Nsuke added that MOSOP could not accept the role of an observer in a process it midwifed and gave birth to.

He stated, “The Ogoni clean-up is a product of the struggles of the Ogoni people led by MOSOP and any attempt to diminish our place in the struggles will be strongly resisted. MOSOP rejects the non-inclusion of the community in this process and demands an immediate reversal. The published list is misrepresented, deceitful and not acceptable to us.

“We are convinced that by these appointments, the Federal Government of Nigeria may not be truly committed to the clean-up of Ogoni and the Ogoni clean-up funds may just have been marked as cash cows for election funding, political patronage and compensation.”

Share about us
2021-03-15
admin
Previous: PPPRA Says No Increase in Pump Price of of Petrol
Next: Scrapping of PEF Will Ensure Full Deregulation – IPMAN