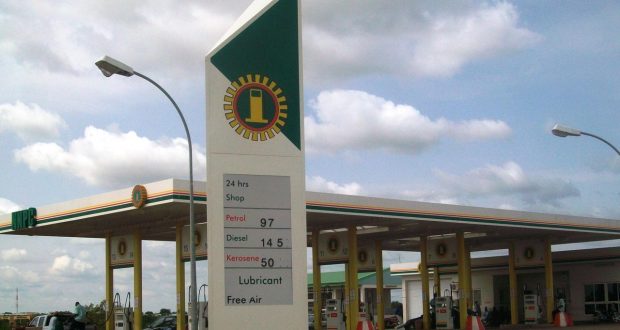 Nigerians may pay an increased sum of about N12.61bn every month for the purchase of petrol should the Federal Government implement the N212.61/litre price published by the Petroleum Products Pricing Regulatory Agency on Thursday night.

Going by this, users of petrol across the country may need to pay as high as N37.83bn quarterly for the purchase of the commodity if the government enforces the recently published price.

PPPRA had published the expected new lower and upper prices for petrol at retail outlets, putting the rates at N209.61/litre and N212.61/litre respectively.

The Federal Government later said there was no fuel price increase, noting that it would meet with organised labour to do appropriate pricing for petroleum product at the right time.

Meanwhile, oil marketers often dispense petrol at the higher band, which this time round was put at N212.61/litre by the PPPRA.

Nigeria consumes about 57.44 million litres of petrol daily, going by the most recent daily consumption figures released by Nigerian National Petroleum Corporation in its financial and operations report.

At N212.61/litre and a 57.44 million litres consumption figure daily, it implies that Nigerians may have to pay about N12.21bn every month for petrol.

Findings showed that this would be about N3bn higher than what consumers across the country paid monthly for petrol when sold at the rate of N162/litre.

The N212.61/litre March 2021 petrol price published by the PPPRA was vehemently resisted and criticised by consumers on Friday, as the NNPC also insisted that it did not increase ex-depot price for petrol for this month.

NNPC has been the sole importer of petrol into Nigeria for more than three years.

Ex-depot price is the rate at which NNPC sells the commodity to depot owners, from where retailers make purchase to dispense at the pumps in filling stations.

The ex-depot price approved by NNPC for March was about N148/litre, while what was published by the PPPRA was N206.42/litre, as it also put the expected landing cost for petrol at N189.61/litre.

Following the criticism by consumers and the insistence by the NNPC that it had not hiked petrol price in March, the PPPRA eventually rescinded its decision on the new petrol price. It pulled down the publication from its website on Friday.

Oil marketers, however, told one of our correspondents that petrol price would increase going by the rise in the international prices of crude oil.

“The fact is that crude oil prices have been increasing and petrol is one of the products of crude oil, so you should expect a rise in petrol price too,” the National Public Relations Officer, Independent Petroleum Marketers Association of Nigeria, Ukadike Chinedu, said.

Meanwhile, the National Association of Nigerian Students has called on the Federal Government to jettison the planned increase in the pump price of petrol.

“The move will be wrongly timed because at present the new minimum wage of N30,000 has yet to be implemented across states and we have yet to fully recover from the economic meltdown occasioned by the COVID-19 pandemic.

“Nigerian students and parents are still struggling to meet up with school fees payment amid inflation and insecurity, which have forced several businesses to shut down.”

He argued that Nigerians have shown unprecedented understanding with the current regime and that citizens’ patience should not be taken for granted.

“If the hike is made official, NANS will vehemently mobilise to reject the hike with nationwide mass action,” he added.

Meanwhile, one of our correspondents observed on Saturday that normalcy had returned to most of the filling stations in the Ojodu area of Lagos.

Vehicular movement on the busy Ogunnusi-Isheri Road was also smooth.

Share about us
2021-03-15
admin
Previous: Scrapping of PEF Will Ensure Full Deregulation – IPMAN
Next: I Wish Dangote Refinery Existed Years Ago – Okonjo-Iweala